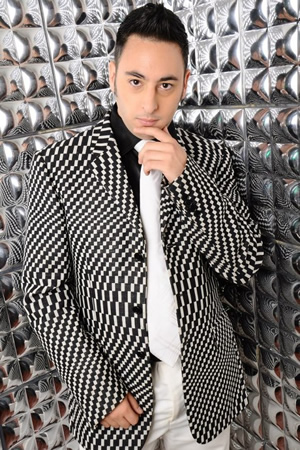 Ben Dali has the USP of having the only comedy hypnosis cabaret show at this year's festival. He explains more about it here.

I started performing on stage with stand-up comedy in 2004 before moving onto hotel and cruise ship entertainment work. I've been performing Mentalism for about 10 years and Stage Hypnosis since 2012. I'm really happy with the stage my show, Strictly Come Trancing is at, and the responses I get from my audiences, but it'd be nice to perform more frequently in a wider range of venues.

An unforgettable contemporary hypnosis experience where anything goes. Unique modern sketches, live induction of trance, political debate and rapping. Only hypnocabaret this Edinburgh.

It's been a couple of years since a proper hypnosis show has been performed at the festival, so there's a void in the market which I can fill (hopefully). I love taking on new entertainment challenges and testing myself on new audiences and platforms. Ultimately, I want to share my art form with the world and give people the opportunity to see what I can do. Plus, as Frankie says, 'If I can make it there...'

Aside from hypnosis I'm also a professional Mentalist so if you see me around the festival, I'll most likely be primed to perform a spontaneous Mind Reading effect to display my powers and encourage you along to Strictly Come Trancing. I've also enrolled myself in 16 other variety and panel shows to share some Mentalism effects with the public. And, of course, shamelessly promote Strictly Come Trancing.

Well it's my first time at the Edinburgh Festival and I'm with PBH's Free Fringe so I'm not selling tickets and don't have much to base my assumption on. But I've got a nice big venue (Double Annexe in Liquid Rooms, Venue 276) and as the only hypnosis cabaret show throughout the festival I don't have a huge amount of competition for audiences interested in the subject. So as long as enough people are aware of me and are sufficiently generous donators I'd hope to make a profit with two or three '0's in it. 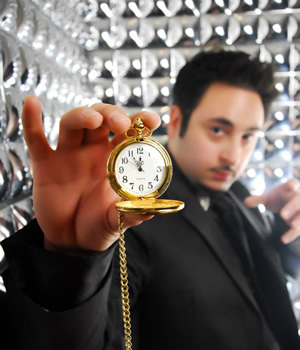 I'm so excited to not have a clue what direction my August is going to go. I don't know who I'll meet, what audiences I'll pull in, what feedback my show will receive, what skills I'll gain, what stories and experiences I'll have to share for the rest of my life. It could be anything from a lonely dismal failure to the pivotal moment that sets my life on a brand new path to success, and anything in between. I hope it's the latter!

The Marvellous Mechanical Mesmerist - it's the only other show featuring hypnosis, in which audience members are hypnotised to be characters in an interactive play, sounds novel and groundbreaking, produced by Jonathan Chase, one of the most reputable hypnotists in the UK. Also Colin Cloud Kills - he's the best Mentalist from the festival last year, very impressive. And Miss Behave's Gameshow. Standard.

Robin Williams. Perfect headliner. So versatile and engaging. He died the first day I went to check out the festival last year - put a big damper on the week. Opening slot - Abandoman, if you like variety, comedy and rap, these guys will blow you away. Compere - Josie Long - she headlined my debut stand-up comedy gig 11 years ago and has been one of my favourite comedians ever since. And let's get Harry Hill, George Carlin and a young Eddie Murphy in there for good measure.

Nobody specific yet, but I'll dread meeting any act whose show I've already seen and did not enjoy. I expect there will be people that fit the bill during the festival. It's tough to find the line between excelling at public relations and networking well by telling people what they want to hear, and being honest to yourself - especially if you're in the same niche market at the fringe.

It's the only comedy hypnosis cabaret show at the whole festival so if you have an interest in psychology, magic, mentalism or variety entertainment then I'm your man. On top of being the only one, I'm also very good :-D

Strictly Come Trancing is hilarious and enthralling throughout, demonstrating how hypnosis works with trance being induced in front of the audience's very eyes and a great range of fascinating sketches demonstrating different hypnotic phenomena. Best of all, I'll be hypnotising volunteers from the audience so you'll get an amazing experience whether you're watching strangers, friends or family up on stage with me, or even starring in the show yourself!

'Strictly Come Trancing - Hypnosis Show with Ben Dali' is at 1:35pm at The Liquid Room on 8-30 August. Listing