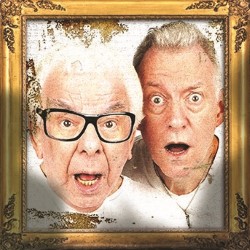 Expect comedy songs and gags galore from the well-loved duo, back at the Fringe to prove they're still alive and old's cool. Barry will have an aviary of new parrot jokes and Ronnie will be cleaning up after them. 'Two of comedy's most fabled masters' (Festival Times). 'I laughed incontinently' (Guardian).