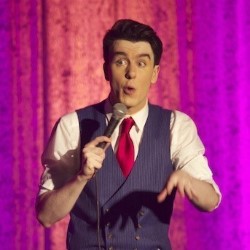 Al Porter Is Yours is the irreverent debut show from Ireland's newest comedy star. At 22, Al falls in love daily, has 'completed' Tinder and is still a mammy's boy! A parish secretary's son, Al was supposed to be a priest - until he slept with one and changed his mind. A socialite on a social welfare budget, Al has been on countless dates, gotten into debt and was sued by a presidential candidate! In this candid hour he pours over the details of it all in his playful style that's been described as council-estate camp.