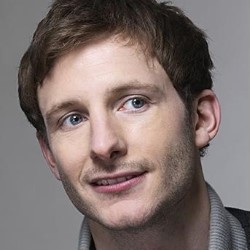 After a sell-out 2013 festival show, Chris Martin (Milton Jones tour support 2013, Guardian's Top 10 Comedy Podcasts) was described as a '20 something tall comedian' (Online Review). It caused Chris to write a show about big issues such as hair, kissing and fishing. Chris uses his unique logic and observations to make an hour of silly entertainment. 'Destined for great things' (Express). 'One of the UK's best young observationalists' (Guardian). 'Destined for greatness' (Sunday Times).

This year Chris's world has change dramatically. Although Chris's style has matured after having performed to over 100,000 people, he has decided to up sticks and move home. Consequently, he has been lapping up the life of luxury... by moving into his parents shed. Chris's quick-witted stand-up show explores his coping mechanisms on living in his new found abode. See him delve into the wonders of his mind with his hilariously quirky observational show that includes his reflections about hair to his musing about karaoke and kissing.

As a stand-up, Chris has performed all over the world including Dubai and New Zealand. As well as selling out his shows at the Edinburgh Festival Fringe in 2013, he has supported Jack Whitehall, Russell Kane and more recently, Milton Jones on tour, where he has performed to over 100,000 people.

Chris has various TV credits to his name, including appearing on Fake Reaction (ITV2), and Dave's One Night Stand (Dave). Chris's radio credits include: featuring on the panel show Fighting Talk (BBC Radio 5 Live), performing on Comedy on The Boat (BBC Radio 4 Extra) and has been as a guest on Hawksbee & Jacobs and Matt Forde (TalkSPORT). Chris also hosts a hugely successful podcast with Carl Donnelly, which is listed in the Guardian's top 10 comedy podcasts.