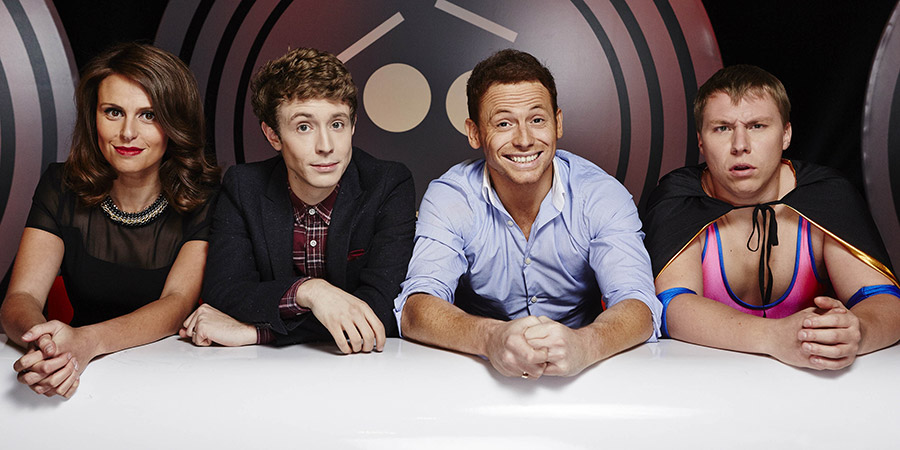 ITV2 entertainment series in which contestants must keep a straight face and fool the other team. Hosted by Matt Edmondson

Matt Edmondson hosts this comedy panel show in which two teams (headed by Joe Swash and Ellie Taylor) try to keep a straight face and earn points for their team while secretly enduring anything from an electric shock to having a bird peck food off their head. Who will be able to fake their reaction and convince the others that everything is completely normal?

In Fake Reaction, six celebrity contestants compete against each other in front of a studio audience. The contestants take turns guessing and playing. Whoever hides their reactions best on the one hand while on the other hand guessing correctly which opponent suffers, wins.

For example, 3 people sit on identical looking blocks - 2 are made of paper maché, while the 3rd block is solid ice. Only 1 contestant actually endures the freezing discomfort. But which 2 are faking it?

3 people climb a ladder and stand on a platform. 1 contestant must manage 3 feet on a tightrope to another platform while the others simply walk across a wide beam. Who is fighting for balance and who is just faking it?

Who sits in a bath tub filled with ice cubes? Who witnesses their sister getting a lap dance by a male stripper without letting on? If the players guess right, they win points - the rounds progressively increasing in scale and intensity.