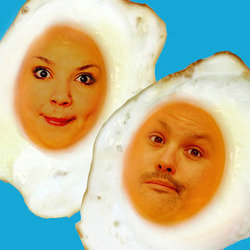 Gorge yourself silly on Ingrid Dahle, Brighton Comedy Festival Squawker Award winner and So You Think You're Funny finalist. 'Dahle offers something genuinely different in her act... mark her out for an alternative hero of the future' (Chortle.co.uk). 'Quirkiness and deft timing means she should be destined for stardom' (TheArgus.co.uk). Then fill your face full of Paul Jones, Brighton Squawker Award finalist. 'His semi-deadpan one-liners contained some fine examples of the genre' (Chortle.co.uk). Paul has also contributed to BBC Radio 4's That Mitchell and Webb Sound and The Odd Half Hour.