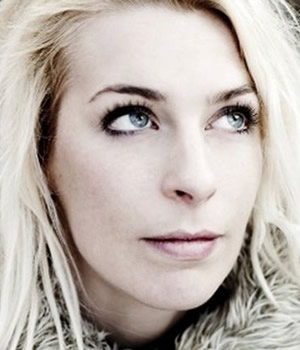 Sara Pascoe vs the Apocalypse explains a manifesto for the comic's own new world order following the apocalypse predicted by the ancient Mayans for 21st December 2012. After a slightly slow - but entertaining - start, Pascoe spends 50 minutes combining light political satire with some deceptively biting social commentary and a soft, quirky surrealism that she herself compares to Noel Fielding.

Drawing on her own sexual (and in some cases, increasingly platonic) relationships, she describes and explains the rules under which the communist/totalitarian dictatorship post-apocalyptic regime will be run. Sarah is of course the sole human in 2013, owing to being half-cockroach (on her father's side). With a bit of magic she proposes to reincarnate rap artist Dizzee Rascal in order to continue the species.

What results is an entertaining mix of new 'laws': Angelina Jolie can have sex with whoever she wants (for any man who resists is either gay or lying); issues of world strife are to be solved through musical theatre; moobs will be considered sexy; and smoking will be thought 'excellent'. And in almost every case, the near-unhinged logic of the post-apocalyptic world (or perhaps Sara's mind) makes a worrying amount of sense.

Pascoe's natural charm and winningly quirky delivery make up for the few weak points in the show, and although there are only a few big laughs in the material, the audience are otherwise chuckling consistently throughout. Taking suggestions to help illustrate a couple of points, Sara also displays a talent for improv: her performance at these stages is not the slick, confident one of a Comedy Store Player, but slightly stunted and awkward. Far from being a let-down, this fits perfectly with her on-stage persona and only adds to her charm.

Sara closes the hour with a plea to be made leader if the predicted reckoning does not materialise: she'd get our vote.

Listing for Sara Pascoe vs the Apocalypse