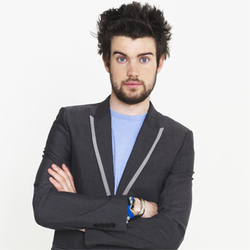 An hour of comedy, chat and music. Jack Whitehall (British Comedy Award Nominee, Never Mind The Buzzcocks, Stand Up For The Week) and his father, Michael (reluctantly), have been sending each other to their favourite Edinburgh shows. Jack will broaden his horizons with some Edward Elgar. But what will Michael make of The Ladyboys of Bangkok? This is their alternative pick of the Fringe with special guests in every show.