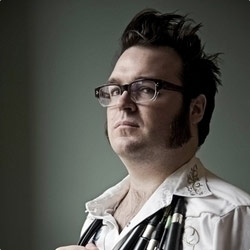 One of New Zealand's funniest exports is back for Edinburgh 2010. Following sell-out shows in Edinburgh and London, a starring role in a BBC2 sitcom, winning an award, and dancing like Beyonce for Pot Noodle, Jarred Christmas returns to do what he does best... stand-up. Winner of Chortle Comedy Award 2010. 'One of the funniest men to pick up a microphone.' (Tim Arthur, Comedy Editor, Time Out).