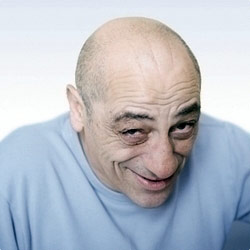 Hilarious anecdotes from actor Andy Linden's colourful life. Van Morrison's fan from hell, up close with Roman Polanski, queasiness in Cuba and carol singing in April. True stories from the schoolyard to showbiz via all manner of mischief. Soon to be seen as Mundungus Fletcher in Harry Potter and the Deathly Hallows, Andy has appeared in a wealth of TV and films, including Not Going Out, Merlin, Drop the Dead Donkey, Rome, New Tricks, Oliver Twist, The Business and Lock Stock. One of the funniest people alive.' (Independent); 'Hilarious and a bit freaky!' (BBC.co.uk).