Neither works for me, I am not saying they're bad I just don't rate them myself. I can understand them and I agree with his stance against totalitarianism at both ends of the scale.
I just find his writing style as depressing as Steinbeck's , perhaps its flippancy on my part I don't know but it all feels like 'Despair by proxy'.

As a dyslexic George Orwel is my absolute favourite, in that he is easy to read and a visionary. Animal farm is only around 200 pages, consider the concepts and story he gets over in such as short time. 1984 also has some powerful concepts: room 101 , big brother, both titles to popular current shows. Steinbeck's of Mince and Men is also only around 200 pages and yet packs a punch. Indulge in pleonasm if that's what you like Teddy, but you're clearly wrong and that's according to two of the great classical writers and the great moves they spawned. Also everyone in my beer garden plus mi mum says you're talking bollocks.

That said, I respect your point of view (even though it's wrong).

Well I'm hard likely to start arguing with your mum.

The great 1984, one of the most widely read and influential novels, said my many to be an easy read.

Yeah, Orwell was renowned for his knockabout Benny hill comedy. He's always my first choice when I want to piss myself and I've finished Mr Bean. What a disappointment.

It's just syllabus bullshit along with Lord of the Flies ?

Kes, on the other hand, is awesome. Like The Catcher in the Rye, I didn't get much out of it the first time, but gradually fell in love with it. The film is a masterpiss too.

As a dyslexic George Orwell

Huh?
Yeah, it's amazing how much Steinbeck crams into Of Mice and Men - all the major themes - remaining readable. Classic.

Just started a newish biog.(2019) on the comedy genius that was Ken Dodd - was fortunate enough to see him live once, front row seat, slap bang in the middle of the theatre. What a night that was! Later, still chuckling as I got into bed trying to remember all the jokes that came at us like a machine gun!

But I digress. Not often I burst out laughing reading a book, but within a couple of pages it happened twice.

Talking about Dodd's reasonably successful stint, for an English comic, at the notorious Glasgow Empire where..............Morecambe & Wise walked off to the sound of their own footsteps, Des O'Connor feigned a faint, to get off stage early and was carried off, and where, as Mike & Bernie Winters walked on, a voice from the back of the theatre shouted "F**k, there's two of them!!"

And when Dodd was appearing at the Chiswick Empire, his local digs landlady confided in him that her husband loved eels for his tea, but she had to stop giving them to him, because "when 'e's had eels, he starts making a nuisance of 'imself in the middle of the night"

I have a marvellous image of the landlady in a quilted housecoat with her hair in curlers.

By a curious coincidence, I was just watching Ken Dodd's interview with the Beatles. Lovely stuff. I bet you never thought I'd say anything positive.
Reading Philip Norman's John Lennon autobiography. According to Wikipedia, John Lennon was an English pop star in the Beatles, an English pop group.

I read all the Chronicles, avidly, and therefore did know that, and it was when Dodd had finished with him, that Braben went on to write for M&W

I can just see Osman as Sydney Carton.

Thanks to good old Youtube I have been watching stuff I've just read.
The last was The Caretaker by Pinter and there it is with Bates,Pleasance and Shaw.Real acting. 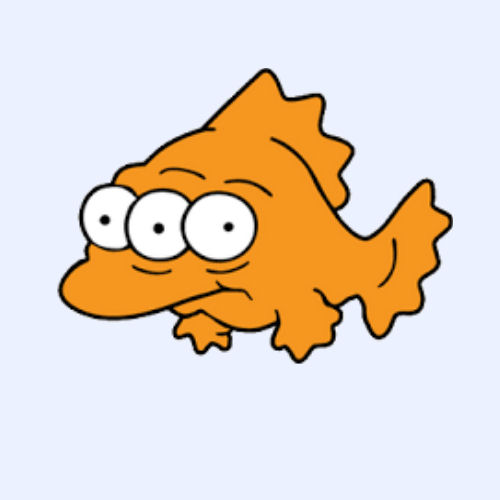 Peter Pan, the man who never grows up... Big deal. How many men grow up?

Just finished reading this thick tome of 382 pages, although I can't remember reading a book that had so much, in the author's words "Doddology", at nearly 150 pages, which made the biog only 236 pages plus Introduction. Not that I'm complaining as most of the Doddology was a list of literally everything he ever appeared in from 16th April 1957. What an incredible bit of research!
HOWEVER, the list of his stage work finishes at 1960, which is odd and so no mention of the time I went to see him in 2009 (absolutely superb!!). You would have thought the later work would have been easier to research.

Anyway, the two things that stuck out for me, were 1/. His financial meanness, in particular how he treated Eddie Braben after his career took off. Ken not only was paid more money of course, but he also controlled to script writing fee, of which Eddie saw no more than previous (hence the split and Eddie doing the same, so to speak, for M&W, thank God! ) So, it was meant to be! Yes, Eddie Braben was treated shabbily by Ken Dodd.
He wasn't mean with advice though, and many up-and-coming comedians benefited from Ken's advice. He would go out of his way to see a new comedian, make notes, and show them how to improve their act.

And 2/., how he was a VERY lucky man to get away with his tax court case, seemingly brought about by his hiring of the finest barrister at the time, to the tune of £250,000 (Gulp!). Still, had the tax man won, he would not only have had far more liabilities (eventually settled at £1,000,000), but almost certainly a prison sentence, which is what happened to the disgraced Lester Piggott** in a very similar case, and which worried Doddy enormously. You could say he wasn't lucky, having paid for a very expensive barrister, BUT it could have so easily gone the other way.

Ken played it as being very naïve and a financial idiot, but he knew what he was doing, borne out by the large stashes of cash he had here and there, and the many bank accounts. Yes, a very lucky man.

** Piggott was created an Officer of the Order of the British Empire (OBE) in 1975, but the honour was withdrawn after he received a three-year prison term in 1987 for income tax evasion. He served about one year and was released in 1988.

But despite all that, there is no doubt he was one of the finest stand-up comedians ever, and I'm so glad I saw him live - it was an absolute treat. So I didn't have to worry about parking near the theatre, my wife dropped me off and I was to ring her to pick me up. I rang her at 10.30pm. and she said OK, now coming; but I had to tell her that I was only ringing her to say it was the interval and the show was likely to run to midnight.
As comedian Gary Delaney quipped - Ken's funeral would be held on "Wednesday, Thursday, Friday and most of Saturday".