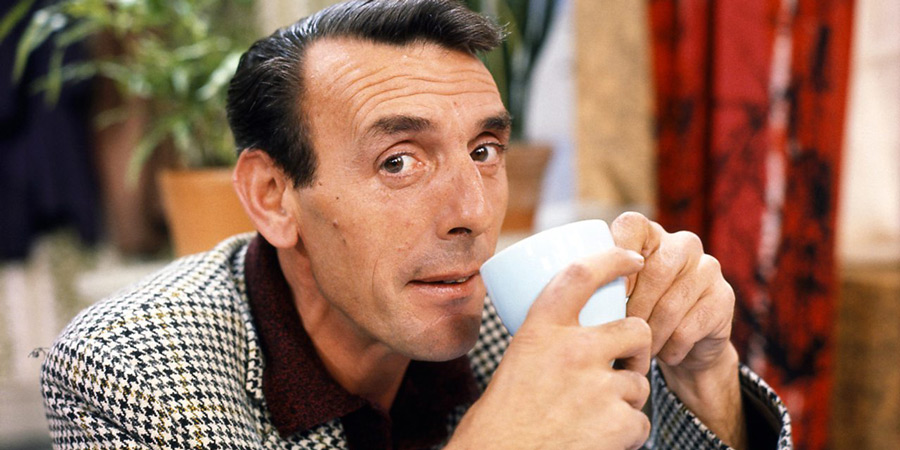 I meant that Spike Milligan gave Terry Nation his break into showbiz.

I meant that Spike Milligan gave Terry Nation his break into showbiz.

I guessed that's what you meant but it was a bit unclear.

I guessed that's what you meant but it was a bit unclear.

Thank you Chappers. It was wasn't it.

I read it as Spike gave Eric his break in showbiz, then was helped by Frankie.

Oops. Sorry for the woeful syntax. Perhaps I should clarify further that it was Terry Nation, and NOT Eric Sykes and Frankie Howerd, who created the Daleks. Despite this, for which there is no excuse: https://www.youtube.com/watch?v=rnDu-TBhZLM

Perhaps I should clarify further that it was Terry Nation, and NOT Eric Sykes and Frankie Howerd, who created the Daleks.

There was no need for that, just let it lie; but if it makes you feel better to have the last word, then so be it as I know from previous that you never like to be wrong.

You were fine with the "Oops. Sorry for the woeful syntax.", but then no, you couldn't just leave it there could you, you had to have the last dig.

I thought we had a new understanding, but clearly that's been shot down in flames.

I met Eric Sykes when I was a contestant on 15 to 1.
He was a great friend of William G Stewart who was the quiz master on that show.
He came to watch the recording.

Incidentally, William G Stewart was a nice man too. He saw that I was very nervous (he was right - my legs were trembling)
And came over to my podium just before the show started.
I was contestant No 1 so I was going to get the first question.
He leant on my podium and chatted with me telling me I'd be ok once it started.
He then looked at the question cards in his hand and said in a whisper -' the first question is childrens TV programmes'
That helped focusing my mind.

Then someone shouted 'silence please', the lights dimmed, the intro music played and a powerful spotlight shone on just little me...... gulp

Yes, I know, just like the Yanks in both wars, I've arrived late to this thread, however it's never too late to praise someone, is it? Loved Eric (and Hattie). I was sitting around at the mother-in-law's (no this isn't a joke) and I started to read her copy of Eric's biography, two hours later when I had to leave I had read a large chunk of the book, but was only up to his teenage years, it was that big! I've never seen another copy so I'll have to reserve judgement until I get my hands on one.

I especially remember two scenes from two different shows. In one he's in the bath with a toy ship and aeroplane, with which he dive-bombs the ship while commentating on the battle for 'Scapa Flow'. In another he is standing on a chair changing a light bulb when the chair tips over. Eric hangs on grimly to the cord and slowly starts to turn circles. Enter Hattie, who takes in the scene and asks huskily 'Eric, what are you doing' to which Eric replies, turning another circle, 'Oh, just hanging around Hat'!

In one he's in the bath with a toy ship and aeroplane,"

One of his finest scenes. He was also very adept at visual humour, as "The Plank" demonstrates. Eric always felt very familiar to me, probably because he looked like my Dad, and expertly hid the fact he was half deaf and blind, as was my Dad.

I don't think he was (half) blind as he wore glasses without lenses but hearing aids in them.

He wrote some of the Goons too ,didn't he?
I remember reading he didn't think much of the Sellers and Secombe reception of his scripts and gave them a right old telling off.

Has the play Big Bad Mouse, which I believe was filmed with Eric and Jimmy Edwards in 1972, ever been released?

On holiday (Smug!) I had a TV with different stations. I watched one where Sykes was trying to sell encyclopedias. Brilliant farce and visual jokes.

On holiday (Smug!) I had a TV with different stations. I watched one where Sykes was trying to sell encyclopedias. Brilliant farce and visual jokes.

Crikey! What channel was that on?

Crikey! What channel was that on?

Forces TV. I can't get that at home.