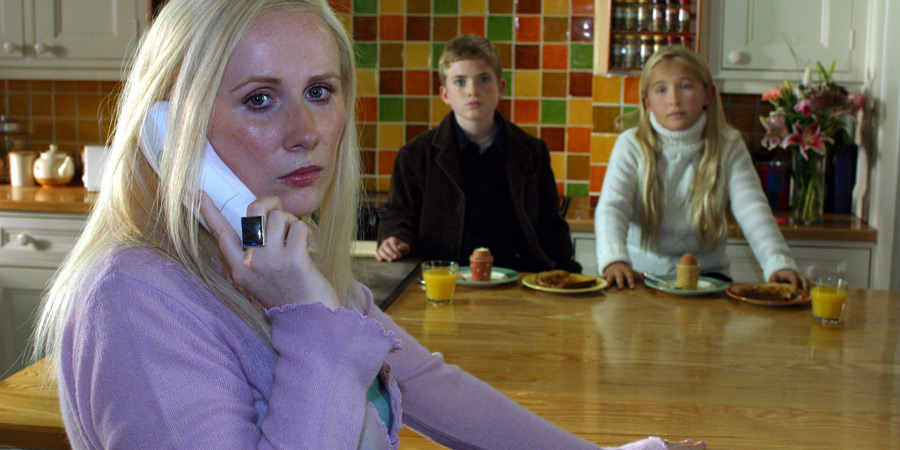 Popular sketch show starring Catherine Tate as a range of characters, including a rude nan and a talkative teenager

Aw.
Well it held my attention throughout.

You and your mum!


You and your mum!


She's such a comedy snob.

Whereas I even posted a nice comment about one of the Two Pints specials this Christmas (which nobody even thanked me for...

Would she turn your stuff off after 5 minutes too?

Would she turn your stuff off after 5 minutes too?


Probably. She hates the name of one of my shows and calls me a jealous misery whenever I take the piss out of Matthew Horne or Michael McIntyre, so...

I reckon she saw too much of herself in the Nana character and couldn't take it...

I reckon she saw too much of herself in the Nana character and couldn't take it...

No, she's much more lovely, thank God. Her mother was far more like Nana.

Yikes!
Although, probably quite entertaining.

It was kind of phoned in. Alot of modern comedies have done the 'resident cynic gets the Scrooge treatment and misses the point' story.

Yes, I felt let down by that. There were some good gags, but I was expecting more. Such wasted opportunities.

Unlike Victoria Wood's offering which was as weak as water compared with her earlier works and The Royle Family which was at best below par and at worst an embarrassing caricature of its previous self (Cheryl eating three chocolate oranges as part of a healthy fruit diet FFS!?), Catherine Tate scored a brilliant bullseye with Nan's Christmas Carol.

It was everything Nan's fans might reasonably have expected and, even better than that, there were appearances from 'young' Catherine and from a number of celebs all of whom were in top form.

As the first decade of the 21st Century draws to a close, Catherine Tate has proved herself to be the reigning Queen of TV Comedy while Victoria Wood and Caroline Ahearne appear to be dowager duchesses who have lost (VW) or are in the process of losing (CA) the plot.

It was great! Nan as Scrooge was a brilliant idea and this episode was definitely an improvement on the last Christmas special. I loved her interaction with the ghosts.

How anybody could say they were let down is beyond me.


As the first decade of the 21st Century draws to a close, Catherine Tate has proved herself to be the reigning Queen of TV Comedy

Couldn't be asked to see yet another rendition of The Christmas Carol filled with showbiz cameos, comedy wigs and clapped out old catchphrases. I would imagine that it was entertaining for people who like that kind of thing.

I liked it. I didn't love it. But I laughed alot and I didn't get bored. Bit odd to have Madness on though, can't imagine alot of people knowing who they were until the end when they sang.