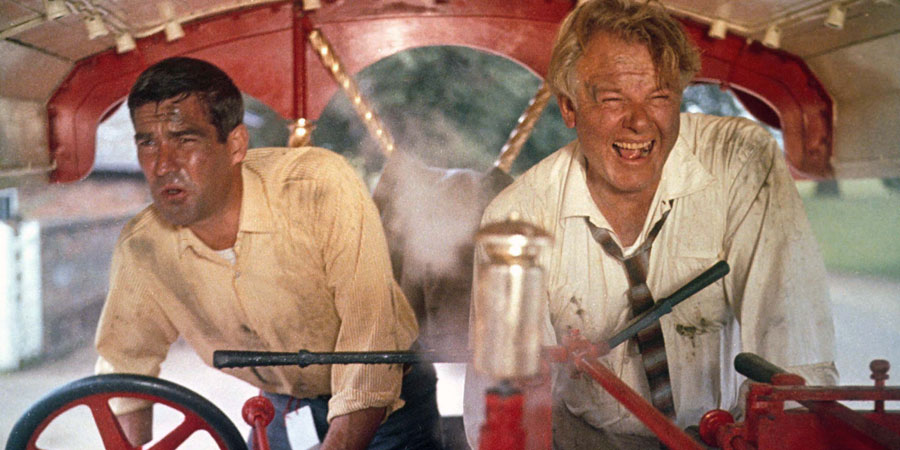 Paul Fisher, the head of Transglobal Airlines, is in England on a buying mission, looking to expand his fleet with a multi-million pound purchasing deal for new aircraft. However, two companies vie for his custom - Sir Giles Thompson with his un-named new jet engine, and Lord Upshott with his company's Polygon.

As Paul and his wife - driven by daughter Kathy - snake toward London across England's narrow country roads, they come into collision with an ancient but lovingly restored traction engine, The Iron Maiden. Little do any of the trio, nor driver and owner Jack Hopkins, realise who the other is: for Hopkins is one of the top aircraft designers in the world, and the man behind Sir Giles's sleek new machine!

After a number of narrow misses, the identity of each party is soon revealed with predictably angry results on both sides. Stubborn Kathy's attempt at an apology without losing too much face only causes more trouble. Sir Giles is livid that he looks set to have lost out in the buying war already, but Jack's got far more important concerns, namely the National Traction Engine Rally at Woburn Park.

His job may be down the drain, but Jack'll be damned if he's going to let arch-rival the Admiral in his battleship-grey Dreadnought take home the top prize - but can he even get to Woburn in time, particularly with co-driver Fred out of action?