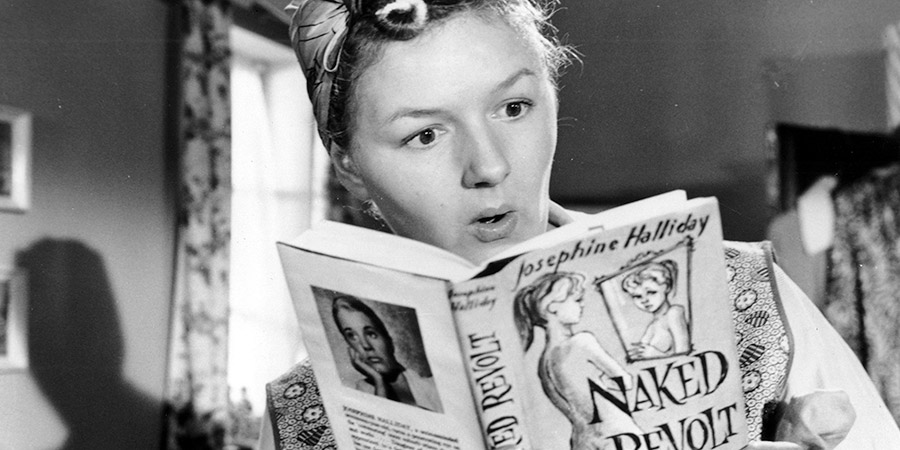 A small town becomes a hotbed of scandal when 17 year-old Jo has her first novel published - a steamy novel whose characters are extremely thinly veiled versions of her family and their friends!

Completely unbeknownst to her parents or aunt, Naked Revolt has been picked up by a major publisher and become an overnight sales sensation, dubbed 'Book of the Month' and is captivating housewives across the land with its tales of sordid romances and scandalous liaisons. It comes as quite a shock to Mr and Mrs Halliday, who weren't aware their daughter read at all, never mind wrote works of her own, and quickly plunges the family into scandal!

A much bigger shock befalls them - plus Jo's aunt Gladys and her employer, Dr Manners - as it quickly becomes apparent that everyone else in the town thinks the stories are true; from the protagonist's embezzling accountant father, to "Dr Gay's" effortless seduction of his female patients, not to mention an array of extra-marital affairs.

Attempting to come to terms with their new-found fame, the Halliday household are exasperated and Dr Manners threatens to sue; Josephine, meanwhile, has been approached by an acclaimed "angry young man" playwright who wants to adapt her genius for the stage.