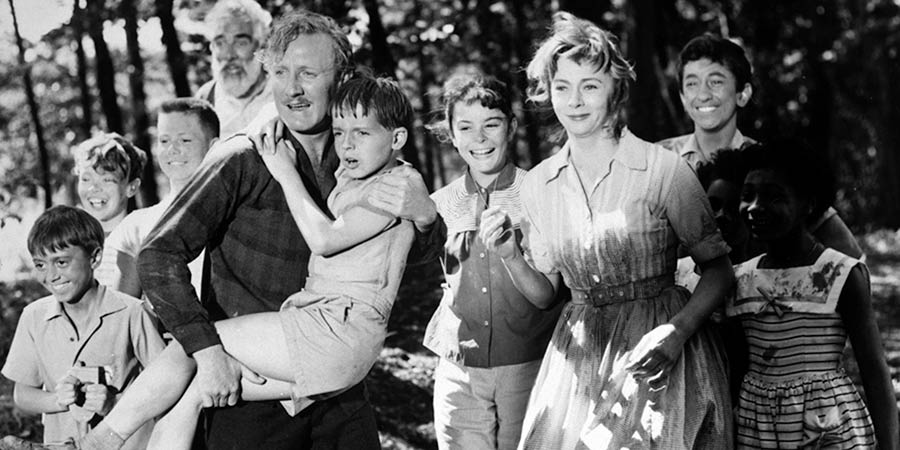 David Robinson, his wife Catherine and their son Richard arrive at Chartham Place - left to them by an aunt - with the intention of selling it, but when they are greeted by old handyman Tandy, he persuades them to think of doing something with it, as the property has been in David's family for over two hundred years.

David quickly hits on the idea of turning it into a holiday home for children of the rich. It seems it's the latest in a long line of as-yet unsuccessful money-making schemes, but after a little thought Catherine agrees they should at least try.

With renovations well under way, Alderman Mrs. Spicer pays the Robinsons a visit. Her long-held intention is to compulsorily purchase the building and turn it into a home for under-privileged children, so she sets out to make things for the new owners as awkward as possible.

Opening day at Chartham Place soon arrives, and brings with it Lionel; Eileen and Margaret, whose father is an important African politician; Angus; hard-boiled American siblings Dandy Big and Dandy Little, whose parents have gone away on safari; Hassan and Suleiman, both from the House of Belziq of Saudi-Ismailia; Priscilla, who is initially mistaken for the Robinsons' new hired help; and Vanilla, who makes a spectacular entrance in an ambulance!

The two new members of staff who have arrived, a cook and a matron, are at loggerheads before having even reached Chartham, due to cook's fondness for the bottle. Vanilla, claiming as much attention as she can get, is installed in bed with complaints of starvation and maltreatment, but when Tandy's strapping grandson Will comes in to light a fire, she forgets her aches and pains and makes a bee-line for her "dream boy"!

Meanwhile, Mrs. Spicer has her claws out and is determined to gather as much evidence against the Robinsons as she can. Paying a series of further visits to the house, she notes their lack of experience, admonishes a failure to complete the necessary official paperwork for the venture, and makes clear her intentions to have the establishment closed down at the earliest opportunity.

Soon the children are settled, but there does not appear to be much joy around: Catherine feels they need freedom to make them happier, but after Dandy Big, Hassan and Suleiman actually chop down a real tree whilst playing lumberjacks, David argues that they must exercise a little discipline. Catherine, however, is determined to stick to her principles - even though Dandy Little, Margaret and Eileen have cut up her brand new curtains to make gowns for a fashion parade.

However, when the Robinsons' young charges hot-wire their car in the middle of the night and head to a local transport café, David puts his foot down and confines them all to the house for the next two days. With a torrential downpour over the first 24 hours keeping everyone indoors anyway, the children set about some far more genteel, productive pursuits, and find themselves still able to find quite an amount of fun along the way.

The next day, Tandy brings news from the village. He has overheard that Alderman Spicer has persuaded the Chairman of the Council, Colonel Matthews, to accompany her on a surprise inspection of the house. David immediately calls a war council, persuading the team to pull together so the afternoon's visit goes smoothly. The children, too, overhear their planning and realise what could be at stake, so also put on their best behaviour.

With all acting for the benefit of the house, Spicer and the Colonel's inspection goes swimmingly. She is not remotely convinced by events but departs temporarily deflated, with Matthews having been delighted by all he saw.

It is not long before the children are due to depart. However, when their parents arrive to collect them it seems that the youngsters have grown so fond of Chartham and the Robinsons that they are refusing to leave! Issuing an ultimatum that their parents should pay them due attention in future rather than shipping them away to boarding schools, camps, and other institutions like Chartham - no matter how fun this holiday may have turned out to be - the group are steadfast in their resolve, and the parents assembled in the hall have no choice but to accept. Witnessing the scene, Mrs. Spicer seems to have finally been moved, and announces she will turn her attention to a decrepit property on the Colonel's land for her own childrens' home. Hopefully, the Robinsons have found peace and security at last!