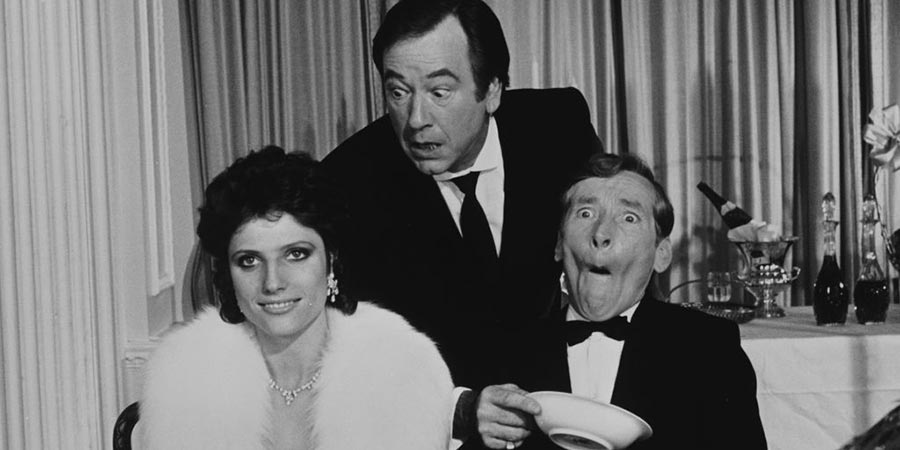 The arrival of the French ambassador's wife, Emmanneulle, in London ushers in a new age of sexual decadence to the capital's elite.

Very highly-sexed, she has a long-established arrangement with her husband Emile to allow extra-marital relations: she's not even landed in England before she's bedded a young man, Theodore, on the aeroplane! It's quickly proves to be a handy arrangement for both man and wife however, as no matter how much she asks he seems to have no desire to join her in bed himself.

Emmannuelle makes an immediate impression at the ambassadorial residence, getting butler Lyons more than a little hot under the collar, frustrating and amusing chauffeur Leyland, and outraging housekeeper Mrs. Dangle. But it's not long before she has them all sharing their most sordid romantic encounters around the basement table...

However, for previously virginal 34-year old mummy's boy, Emmannuelle has become an object of total infatuation. As she makes her way around various diplomats, British officials and strangers his jealousy grows.

Tagline
When it comes to Foreign 'Affairs' it's...
Part of