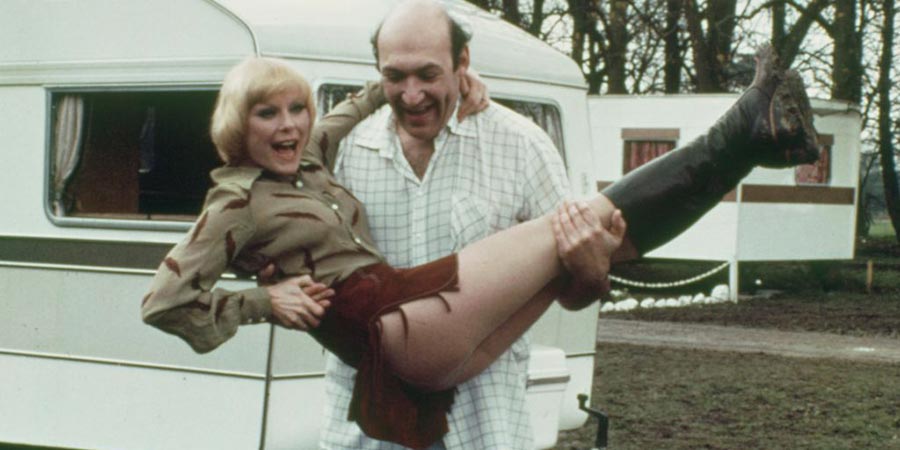 Saucy British comedy with the Carry On crew, set on a caravan campsite where a Roman settlement has been discovered

Excavations for a new cesspit at a caravan camping site have uncovered an excellent Roman tiled floor. A group of archaeologists, lead by university professor Roland Crump and foreign Roman specialist Professor Anna Vooshka, arrive to examine and preserve as much as they can.

Meanwhile, the rest of the caravan site and its inhabitants carry on much as normal. Friends and colleagues Ernie and Fred are hoping to have some fun without their girlfriends; whilst husband-and-wife Linda and Arthur Upmore are stuck trying to find space in their two-man caravan for her cantankerous mother, Daphne, and a very talkative mynah bird.

Elswhere, the young Baxters have brought their dog away with them - and, despite being large enough to fill around half of their caravan by himself, he keeps going missing and bothering the other campers; whilst pretty young things Sandra and Carol quickly become the objects of numerous mens' attention.

Then there's site owner Major Leep, who's keen to get various renovations and innovations completed before the holiday season gets any busier.

Tagline
The Carry On team... Looking a site for sore thighs!
Part of