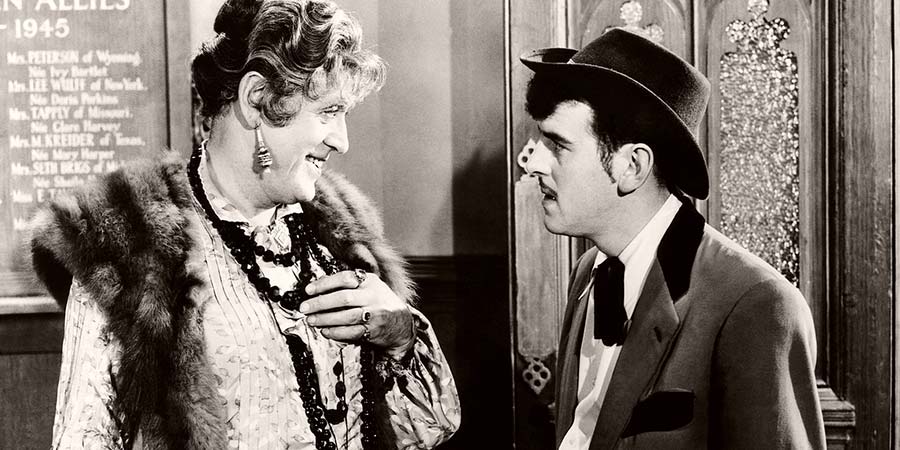 The girls of St. Trinian's win a tour of Europe, getting involved in love, stolen diamonds and plenty of chaos along the way

In their second outing, the fearsome girls of St. Trinian's School for Young Ladies are under the control of the army after Miss Fritton (Alastair Sim) is put in prison.

Flash Harry (George Cole) is busy trying to find a suitable St. Trinian girl for an Italian prince - he wants to meet the girls in order to make his pick, and a plan is hatched to win the school a trip around Europe by rigging a UNESCO essay-writing competition.

Meanwhile, diamond robber Joe Mangan (Lionel Jeffries) heads to the school, hopeful that his daughter - a pupil there - might help him hide out. When Harry finds out, they decide to disguise Joe as the school's new headmistress and have him escort the group overseas.

The school travels the length of the continent, causing the usual chaos along the way, along with bus driver Captain Carlton-Ricketts (Terry-Thomas) and their new interpreter - who is actually Sgt. Gates (Joyce Grenfell) - all unaware that they're carrying £10,000 of stolen jewels hidden inside a water polo ball.