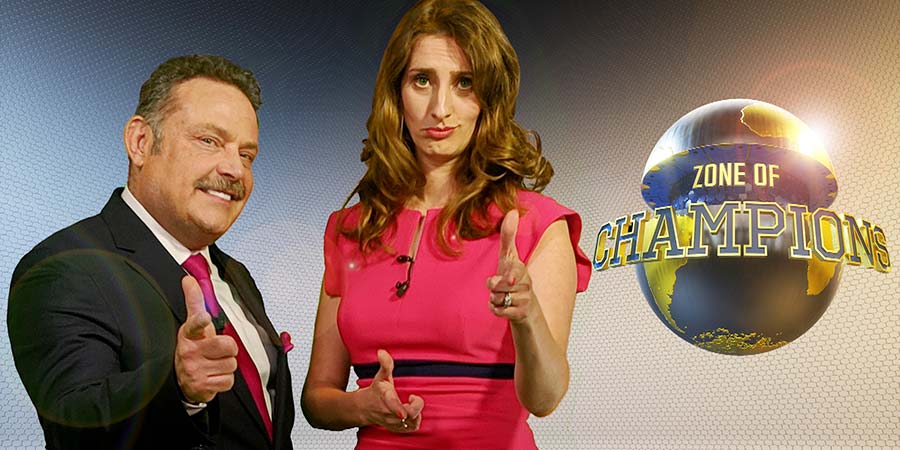 This is the show where we see anything from a horse playing football to escalator racing pensioners - all in the guise of epic sporting contests.

This 6-part series celebrates the bizarre and the wonderful where everything is a sport and anyone can be crowned a Champion. Jack and Nicky will be on hand in the state-of-the-art Zone Of Champions news studio to provide comedic analysis of anything from long jumping cats to owl rhythmic gymnastics.

In this actioned packed show, we will see a glorious stream of hilarious and unique sporting events captured on camera as we feature funny viral video's, unusual TV moments and oddball archive clips, all put together with the wit and charm of scripted comedy to create a world of made up ludicrous competitive events, which will leave you wanting more.