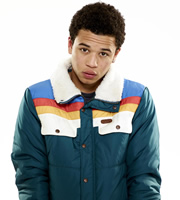 Jay's been best friends with Yemi since primary school. He's a charmer and a lad's lad, a self-confessed addict 'lady killer'.

Jay is also impulsive - he's lead in life by his passions. He refuses to be seen as lower status or perceived as merely a teenager. He believes he is the next big thing - he's just waiting for the rest of the world to catch up.

He is ever a fan of the ladies, however after his experience with Davina, he has decided to put music first. But his dedication to his craft sees him slowly maturing and seeing the world in a different light. Is this the end of Linkster? 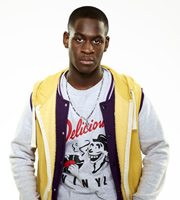 A talented bedroom music producer, Yemi is torn between loyalty to his mother, his ambitions for college and his love of music. He has a hunger for success - but wants to do it the 'right way' which usually means playing things cautiously, a direct contradiction to Jay who loves to take a punt.

His producing talent is now out growing his bedroom. He continues to be cautious, while he juggles his duties to his Mum, being a church Youth leader and the cornerstone of the Youngers' sound. He's learning fast that he shouldn't allow people to take his meekness for weakness. 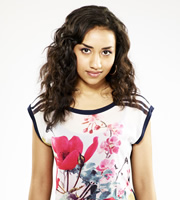 Beautiful and graceful, Davina lives in South London but she believes "on the wrong side".

Davina's definitely not ghetto. Her love of singing and urban music means the Youngers are a natural fit for her though.

She decides to not let her more privileged background or the heavily male-dominated scene stop her from pursuing a career in urban music. To mask her insecurities she hides behind her 'Diva' persona and hopes for the best. 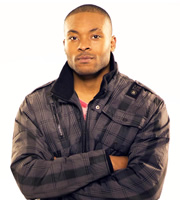 A former 'top boy', Ashley now tries his best to live a quiet life. Ashley does his best to encourage the Youngers to keep following their dreams, not get side-tracked and make the same mistakes he did at their age.

His short stint in a young offenders institution for petty crime, and the pregnancy of his girlfriend, helped him turn over a new leaf. He sees himself settled down and 'retired from the game'. However he recognises many elements of himself in the Youngers when he was their age, particularly their ambition and naivety.