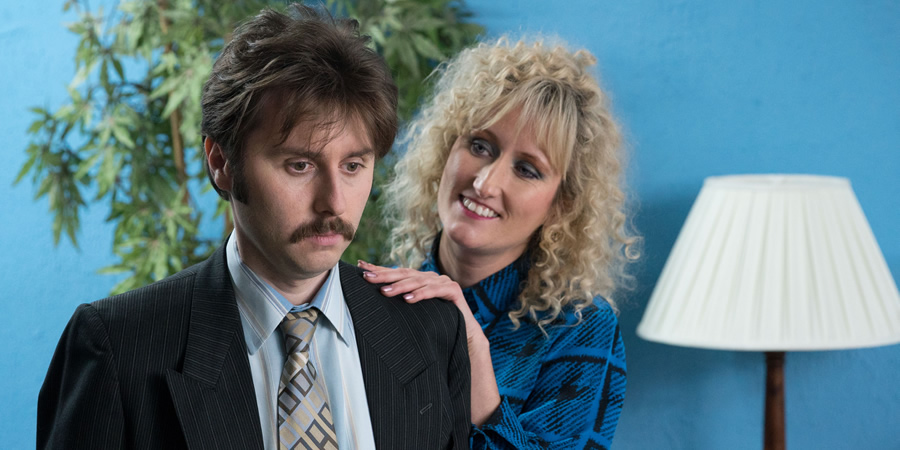 Ronnie is still missing and Ronnie Jr is in turmoil. Meanwhile, Vincent has to decide who to take to Spain with him - Sam and the kids or arch-rival Jo Scott.

Ronnie Jr is in turmoil - and Vincent isn't sure exactly how his new boss Mr Setra has 'taken care' of the problem. Also, the police are sniffing around.

On a brief trip away from his shed and into his old home, Fitzpatrick makes an unwelcome discovery - RJ in bed with his wife Maureen. Fitzpatrick sees this as an opportunity to finally get out of the shed and away from Maureen. And maybe he can get rid of Nigel the dog too - so he and RJ hatch a plan to free themselves of the hound from hell forever.

Things are not going well for Sam Swan. Her son has deliberately failed his exams, and the animosity between the Swan's and their neighbour grows - Patricia has not even invited the Swan's to their Live Aid street party. The chances of Pat helping Robbie get into grammar school are even more unlikely.

Lavender has returned with his tail between his legs and his seriously sun-burned feet in sandals. A mishap during a sale leads him to end up in hospital - and by his bedside, Sam finds herself weighing up who she really has a future with.