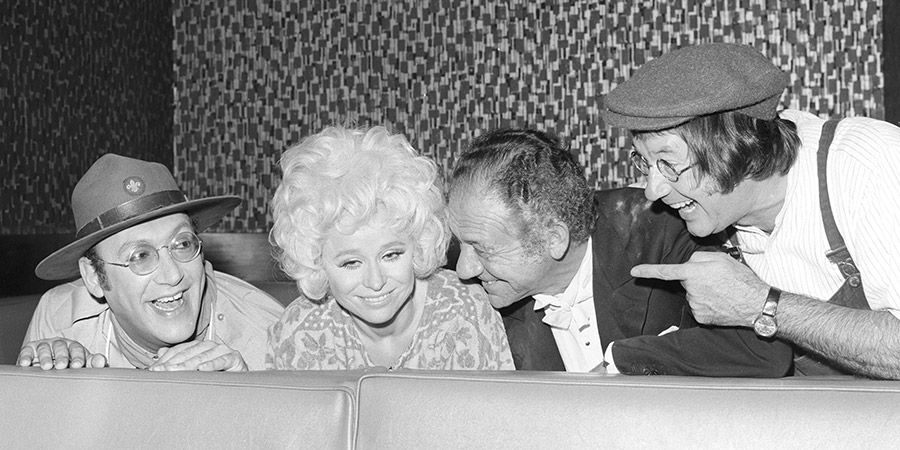 What A Carry On!

Televised version of the hit stage production Carry On London

Put on your prettiest dress, your white tie and tails, your happiest face - it's off to London's Victoria Palace Theatre with Shaw Taylor as your companion for the laughter event of the season! Tonight, Sid James and the zany Carry On crew open in their first stage revue - Carry On London! - and you're invited!

You can see highlights of the show, which is written by the master of Carry On comedy, Talbot Rothwell, with additional material by Eric Merriman and Dave Freeman, and as a special bonus there are also some of the most hilarious sequences from the Carry On films.

Shaw talks to many of the famous people arriving for the premiere - and, of course, to the stars of the show.

With all the excitement, glamour and laughter of a great first night, it's ... What A Carry On!.

The stage show is produced by Albert Knight with comedy direction by William Roberton, choreography by Tommy Shaw and the orchestra directed by Richard Holmes.