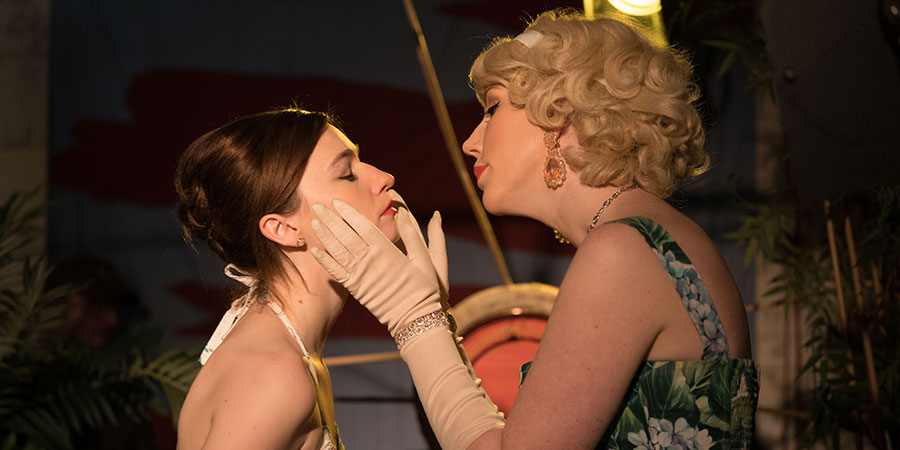 This episode is based on Joan Rivers's recollections of a play she starred in with Barbra Streisand. Streisand has remained tight-lipped about the whole experience.

A sixteen-year-old Barbra Streisand is in rehearsals for Driftwood, an off-Broadway play, when a woman, dressed head to toe in fur, bursts through the door. She's Joan Molinsky, although the world will soon come to know her as Joan Rivers.

Joan is failing as a club comic and wants to turn her hand to more serious artistic pursuits. Unfortunately, the only part available is 'Man in Black', which Joan blithely demands is gender-swapped to 'Woman in Black'. Joan hasn't bothered to read the play, and therefore doesn't realise that the 'Woman in Black' and Barbra's character, Lorna, have a love scene together.