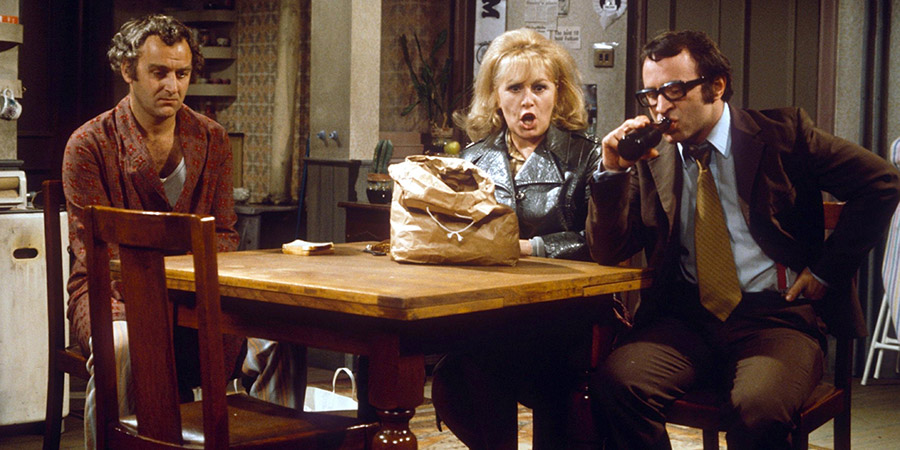 Dobbs is in for a shock when he is released from prison after serving 3 years. He finds his wife is living with his old friend and fellow thief, Stan

But when he arrives back at his Fulham terraced house, it is his best friend and fellow crook, Stan (John Thaw), who opens the door - topless, his face covered in shaving foam, and wearing Dobbs's pyjama bottoms!

It's immediately apparent that while Dobbs has been 'doing time', Stan has been 'doing his missus'. However, wife Annie has affections for both men; a reluctant agreement is reached, and a delicate ménage-à-trois develops...