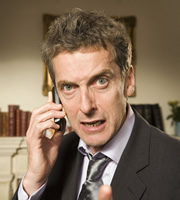 Angry, rude, decisive. Malcolm Tucker is the Policy Co-ordinator (aka Enforcer) from Number Ten who's presence continually hangs over the department. He scares the hell out of the office with his shouting, swearing and urgent demands. Split up from his partner, Tucker now lives for his work.

Tucker also has a problem... there was a time when no-one dared even breathe without Malcolm's say-so. The time of the 'Nutters' is fast approaching now though - can Tucker successfully manoeuvre himself into a safe position before it is too late?

He recently punched Glenn in the nose - is he starting to take things too far now? 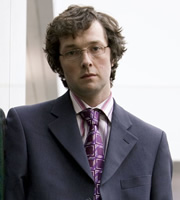 Ollie came straight out of Cambridge and into Government - he's never had a 'real' job. He thinks he knows what's going on but never actually does - he is far too theoretical to ever really understand the workings of PR and spin.

Ollie thinks he's cynical. He's not. Most of the department, especially Cullen, look at him with contempt but he still has his job because the ministers he works for have somehow got the impression he can work miracles when his actions are really nothing more than fluke. That said, to give Ollie credit, some of the ideas he has come up with are actually now adopted policies, so perhaps his approach does work after all.

Ollie used to go out with journalist Angela Heaney, which was useful for planting stories in the press. However he then moved on to dating Emma Messinger, who works for the opposition! 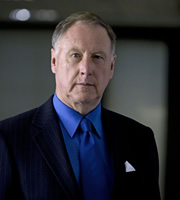 Glenn is the Senior Special Advisor in the department - he's never worked anywhere else. Hugh Abbot regarded him as 'his guy' - they go back a long way and were even slightly homoerotic in the degree to which their careers and lives were bound together. However, Hugh has now gone - how will Glenn cope with new minister Nicola Murray?

Glenn very much senses that the whole department is living on borrowed time - and thus is quite insecure.

Cullen thinks of himself as a red hot advisor - he sees himself as the source of all good common sense and believes he instinctively knows how 'the man on the street' thinks. He isn't, and he doesn't.

Ollie suspects Glenn has no life outside work. Certainly no sex life since his divorce. Still, there's always England Cricket on the wireless. 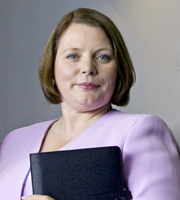 Civil Service Press Secretary Terri Coverly was appointed by Number Ten in a new drive to make Government operate more like a business. But now Tucker has decided she's rubbish and so the clock is ticking down to the time she's kicked out the door.

When appointed, Terri's brief was to 'think the unthinkable'. But now she is doing that the department are doing everything to make her stop. The poor Terri is often used by the department to break difficult news to the press, despite the fact the mess-ups she must announce would clearly not have happened if they'd listened to her in the first place! 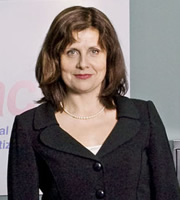 Nicola Murray was so far down the list of prospective ministers that Malcolm Tucker didn't even have a file on her. But when no one wanted the job at the Department of Social Affairs and Citizenship, there was no option but to promote her to the Cabinet.

Nicola is very keen. She also has expensive ideas and ideals; a husband who works for a company that has government contracts; and an 11-year-old about to go to a private school - all of which are problems as far as Malcolm is concerned. 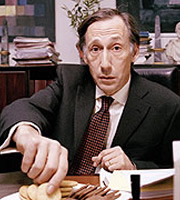 Hugh Abbot was the Minister for Social Affairs for the first six episodes of the show. He was parachuted into the department by the Prime Minster when the previous minister, Cliff Lawton, was abruptly sacked. Hugh was confused about his role... and just about everything else for that matter!

Hugh was constantly trying to figure out, with the help of his team, the conflicting messages and agendas within the cabinet but never quite succeeding. For example Malcolm told Hugh he had carte blanche, a fresh slate, the chance to take the department by the scruff of the neck and take it in a new direction... but at the same time he must also put every single idea he is even considering through him!

Abbot owed his position to being a malleable flack-catching yes-man. But his vanity lets him believe he has been ear-marked for greater things. Turns out he wasn't - he has now been replaced by Nicola Murray. 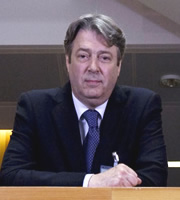 Peter is the Shadow Minister for Social Affairs and Citizenship. He stood in a recent leadership contest and lost in the first round. But he's a useful man to have around, so he has been given the Social Affairs brief to buy some loyalty.

Although Peter's a Westminster survivor, he's not always comfortable with how the party has been 'modernised' to appeal to younger voters; but he'll go along with whatever it takes to get back into government. 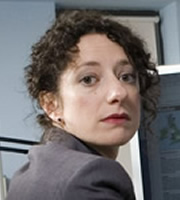 Angela is the Junior Political Correspondent for the Daily Mail. She's often to be found in the Ministry being fed 'spin' by Malcolm and the team.

Angela used to date Ollie, however she has now got over the whole 'Ollie thing'. New boyfriend Leo has a lot to do with that, of course, but there's also been the challenge of moving from the Evening Standard over to a 'proper daily'. Still the same old contacts though, and Ollie's still in her book. No point in losing a good contact, even if he is rubbish at the commitment thing!

Angela may be re-assessing having Ollie in her contact book following the number of bad leads he has given her now. 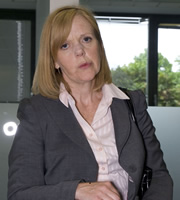 Robyn is the Senior Press Officer for the Department of Social Affairs and Citizenship. In reality she's ignored by everyone and is used by Terri as a secretary and general gopher.

Robyn is universally acknowledged within the department to be the worst Civil Servant in her grade. It's not the gaffes so much as the attitude - the work itself is ok but getting her to do it in the first place is much harder! 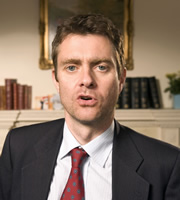 Jamie is a Press Officer for Number 10. He is one of Malcolm's more psychotic lieutenants: he hates the opposition. He hates the 'Nutters'. He hates the press. He even hates Communications! He loves Al Jolson though. Interestingly Jamie spent five years training to be a priest - the language he uses now certainly isn't very priest like!

Like Malcolm, Jamie is rather good at swearing. For example, he once said to Ollie: "You take the piss out of Al Jolson again and I will remove your iPod from its tiny nano-sheath and push it up your c**k. Then I'll put some speakers up your arse and put it on to shuffle with my f**king fist. Then, every time I hear something that I don't like - which will be every time that something comes on - I will skip to the next track by crushing your balls." 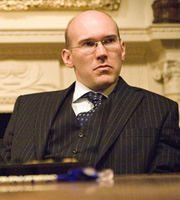 Julius is the 'Blue Skies' Special Advisor to the Prime Minister and Number 10. Unfortunately for Malcolm and most of the Cabinet, his continual stream of radical reforms tend to get approved because he has the ear of the PM.

Malcolm thought he'd dealt with Nicholson once and for all, but he was soon back being a pest when he was given the job of realising the PM's Legacy Project.

Malcolm and him team are often very rude to Julius - they've now got to the stage where they don't even try to hide the fact they're attempting to undermine his reform attempts.

Following the departure of the PM, Julius is now finding he is in no mans land. He seems fairly content staying out of the bear pit though - but whether he can survive remains to be seen.