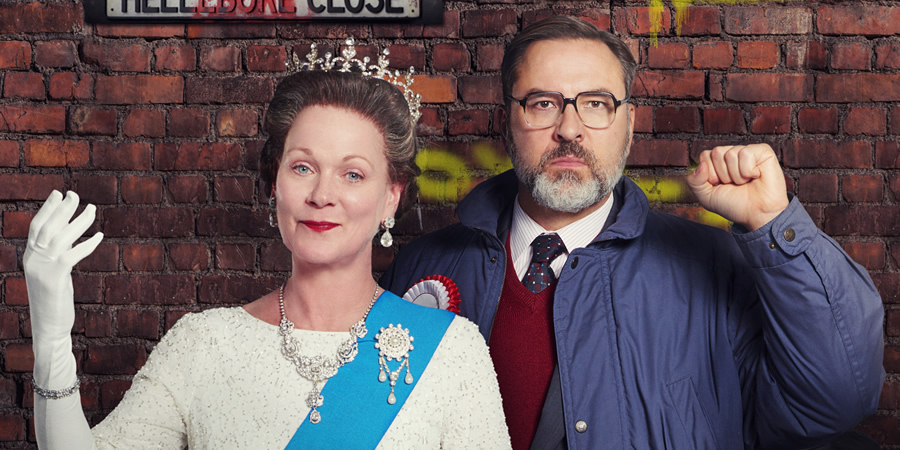 The Queen And I

When a republican party wins the General Election, their first act in power is to strip the Royal family of their assets and titles and send them to live on a housing estate in the Midlands.

Exchanging Buckingham Palace for a two-bedroomed terrace in Hell Close (as the locals dub it), caviar for boiled eggs, and servants for a social worker named Trish, the Queen and her family learn what it means to be poor among the great unwashed. But is their breeding sufficient to allow them to rise above their changed circumstance or, deep down, are they really just like everyone else?