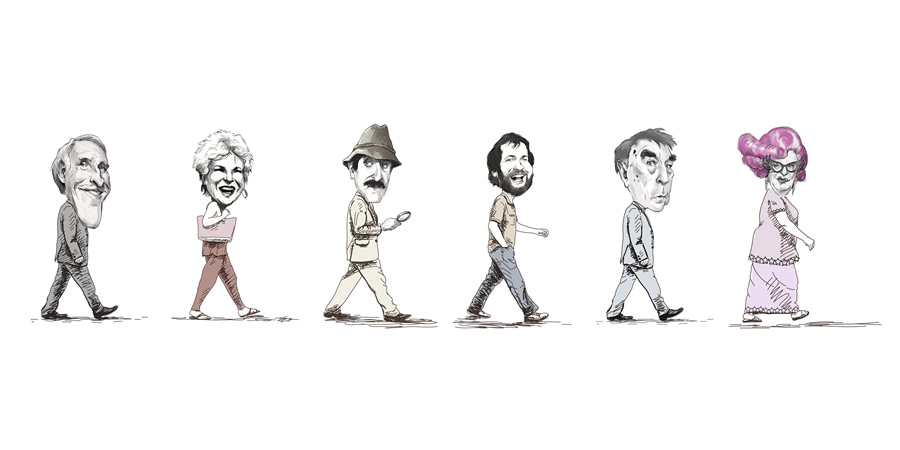 A series profiling comedians via their chat show appearances

Each episode of this series follows the career and personal story of legendary celebrities from the world of comedy and showbiz, using their most memorable moments from British TV chat shows and beyond.

By mining the archives, each episode pieces together their lives, as told down the years to the master interviewers, Parkinson, Harty, Wogan, Bragg, Ross, Norton, as well as inquisitors, such as Michael Aspel, Des O'Connor, and Mavis Nicholson.

Away from the chat show studios, other footage from highly personal documentary interviews and radio specials will give audiences a rare insight into the fascinating lives of these icons.