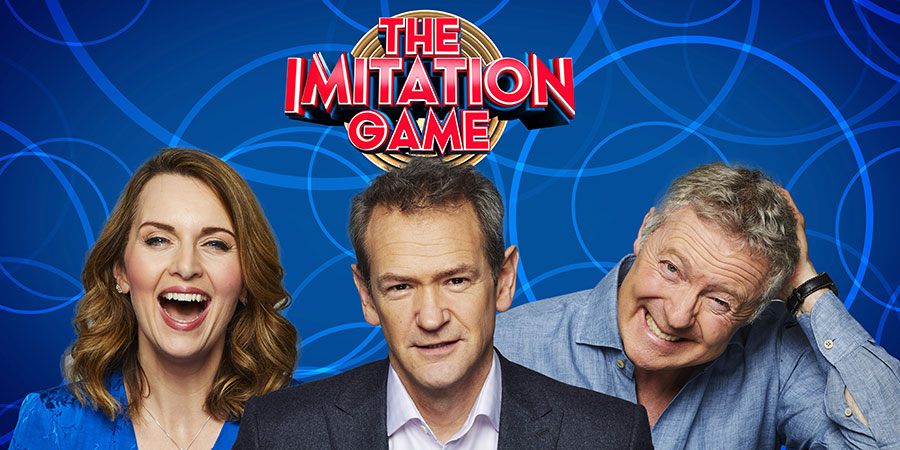 The Imitation Game is a high-energy panel show for ITV hosted by Alexander Armstrong that sees team captains and top impressionists Rory Bremner and Debra Stephenson lead teams of the UK's favourite mimics and comedians in a number of fast-paced games and challenges.

Each week, both teams go head-to-head as they re-enact iconic movie scenes, revoice news footage, blast out some surprising cover versions and put unlikely words in the mouths of all kinds of celebrities.

Guest panelists range from established stars like Jon Culshaw, Alistair McGowan and Jan Ravens to up-and coming talent such as Luke Kempner and Anil Desai, and the stunning voices of Jess Robinson and US star Christina Bianco.

The series brings together a long line of A-list celebrities brought to life and put into situations you would never expect: such as Donald Trump rubbing shoulders with Holly Willoughby, Boris Johnson duetting with Adele and Russell Brand wooing Mary Berry.

With a house band and a rotating repertoire of over a dozen fast-paced rounds, The Imitation Game is a bright, colourful addition to ITV: a heady combination of satire, silliness and some spectacular singing, a show that's by turns hilarious and seriously impressive.