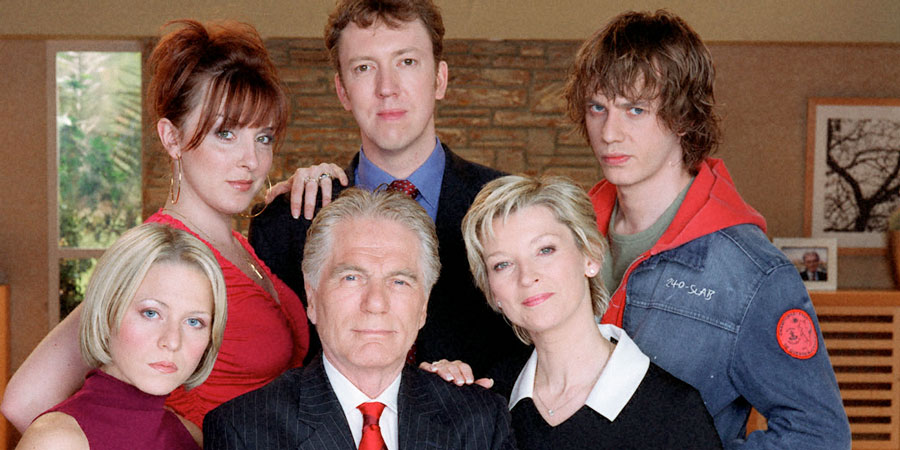 The House That Jack Built

Jack Squire is a self-made man - his first 14 years were spent in an orphanage, since when he has worked his way from cockney brickie to being the ultra-rich and ultra-proud owner of a house-building empire.

Living with him behind the electric gates of his all-money-and-no-taste Hertfordshire mansion are his brassy wife Maxine and a pair of spoiled-brat children: stroppy and manipulative daughter Lisa and thick-headed, sex-obsessed JJ. The perpetually sniping quartet are served by an alcoholic live-in housekeeper, Mrs Butterjig.

Jack and Maxine also have another child, eldest son Roger, who lives in a London apartment with his wife, former model Vicky. Roger is unable to stand up to his father and has meekly joined him in the Squire business empire, although not yet as partner. At home and at work, Jack dictates the rules that everyone must obey, his meddlesome antics serving as the basis for the storylines.