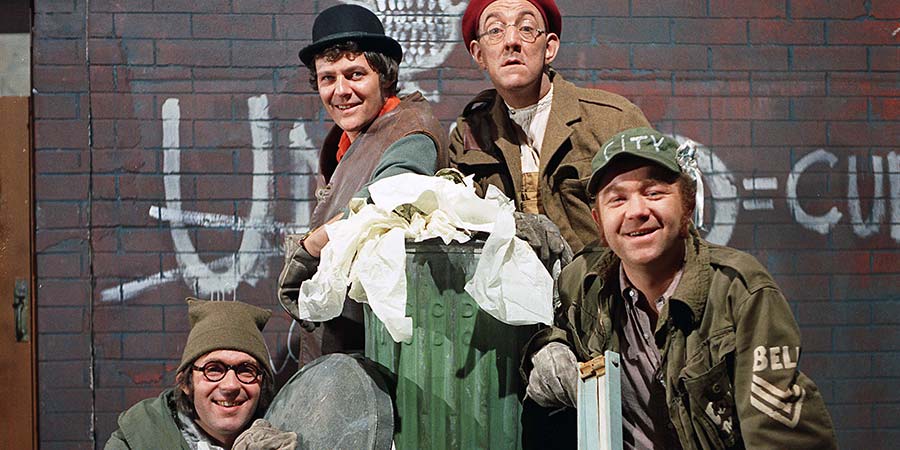 A sitcom from Jack Rosenthal about a team of refuse collectors

Among the crew of Thunderbird Three, a Corporation dustcart, are such unlikely characters as Cheese and Egg, Heavy Breathin and the football-mad, Winston. Their role in life is to make things difficult for 'Bloody Delilah', their boss, and the commitment to do as little work as possible.

The scriptwriters invented their own abusive language (bog off, piggin 'eck) for this sitcom but were still deluged with complaints.

The writer, Jack Rosenthal had introduced the characters in an earlier Playhouse but had tired of his creation by the end of the second series, abandoning it for the much softer, but equally innovative, The Lovers.