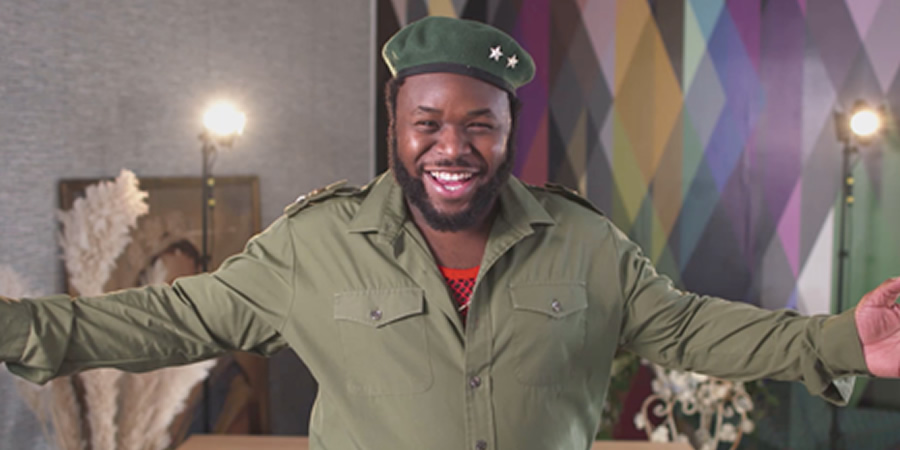 Colonel Banjoko is the erstwhile military dictator of the small African nation of Tanzangola. After a devastating civil war, entirely of his own making, the Colonel was persuaded to take an 'extended Sabbatical' by his devoted subjects. He fled to London in the dead of night, taking only what he could carry... and the remainder of the country's health budget, and is now living out his dream of presenting his own late-night entertainment show complete with celebrity guests, music, games and summary executions.

With his only previous TV experience being lengthy diatribes on Tanzangola's state-owned news Channel, Colonel Banjoko is the perfect person to host an E4 entertainment show. He is bombastic, charming, utterly self-obsessed and highly dangerous and his celebrity guests are kept on their toes by his unique and unpredictable style of interrogation. In many ways he is a modern-day Mrs Merton, only armed to the teeth and with a pending trial for war crimes at The Hague.