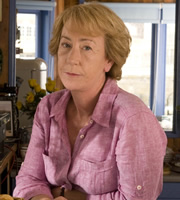 Carol runs the cafe. She is a worrier and has big, burden-bearing shoulders.

Her current biggest worries are that her daughter Sarah hasn't got a boyfriend, and that the business is in financial difficulty. Despite trying things like launching a new menu, it looks like the business could be taken away from her soon. 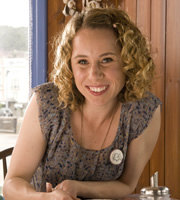 Sarah left for London - the city, the Big Smoke - to fulfil her dreams. It didn't work out and now she's back in Weston.

She is attempting to pursue a writing career, but so far hasn't had much luck with finding a writing agent.

Many of her old school adversaries still live in the area and are frequent visitors to her mum's café. 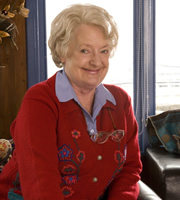 Mary is the grandmother of the family and it was her late husband Cyril who originally opened the café. He died 15 years ago and Mary's daughter Carol has been keeping it going. Mary comes in every morning with Carol and then just sits in her armchair talking to whoever comes in, listening and passing comment.

Mary doesn't say a huge amount but, when she does, it's usually something to make you smile. She is a nice lady and rather saucy as well. 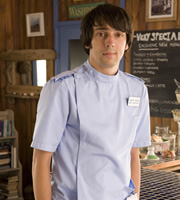 Richard is a care home assistant by day and a musician by night.

He is a warm, genuine person and a talented musician, but has very little ambition - he never went off to make it as a rock star because it never occurred to him. He's perfectly happy to stay in the town that he grew up in, work in a nursing home and teach guitar on a weeknight. Richard is the butt of the jokes and a bit awkward, but there's a lot more to him.

Richard and Sarah were together in sixth form and have remained friends, but he's always held a torch for her. And now she's back living in the town... 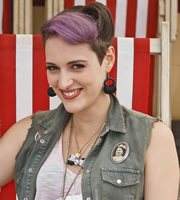 Chloe is Sarah's friend. She is completely wild, lives her life with glorious abandon and has a genuine lust for life. Chloe is happy with who she is, and where she is.

She works at the local hairdressers - but why anyone turns up to get their hair cut by her is a mystery, as she is terrible at customer service. 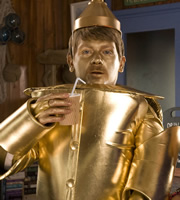 Kieran is a living statue along the promenade of Weston, the town he has grown up in with Sarah, Richard and co. He thought about going to drama school but, after a few unsuccessful auditions, stumbled upon a slightly different career path.

Kieran puts a lot of time and effort into his costumes, which are pretty spectacular - Hellboy and Avatar are two choices.

How he makes any money standing on the empty seafront is anyone's guess. 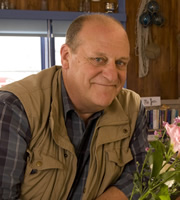 Stan is Chloe's father and the local florist. A cheery chap, he is a frequent visitor to the café... due, in the most part, to his fondness for Carol.

Mary has noticed he's sending love signals in the flowers he is choosing to give to the cafe. The rose is perhaps the biggest hint. 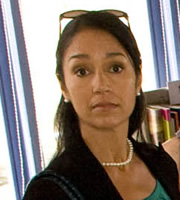 Brenda, a local successful entrepreneur, seems all smiles and niceness... but it looks like she might end up taking the family business away. 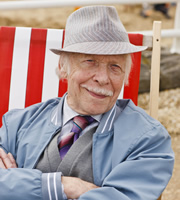 Mr Dobson is one of the regulars at the cafe. Even though he's married to Alice, do we detect that he is flirting with Mary? 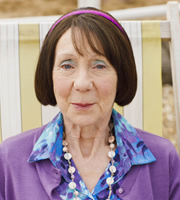 Alice is a prim-and-proper regular guest at the cafe. She sits with her husband and Mary in the corner, passing away the time. 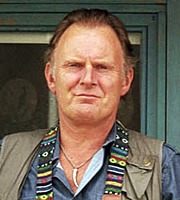 He is the area as he is a photographer, and Brenda has hired him to shoot a Weston tourist brochure. 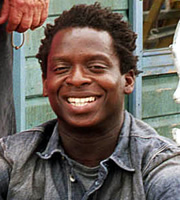 Jason is a young man serving community service at the allotments. 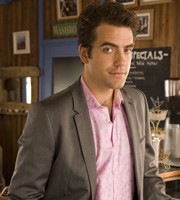 John grew up in Weston, but is now a successful events manager in London. He returns to Weston to visit his elderly mother. He doesn't plan to stay long, but then he spots Sarah...