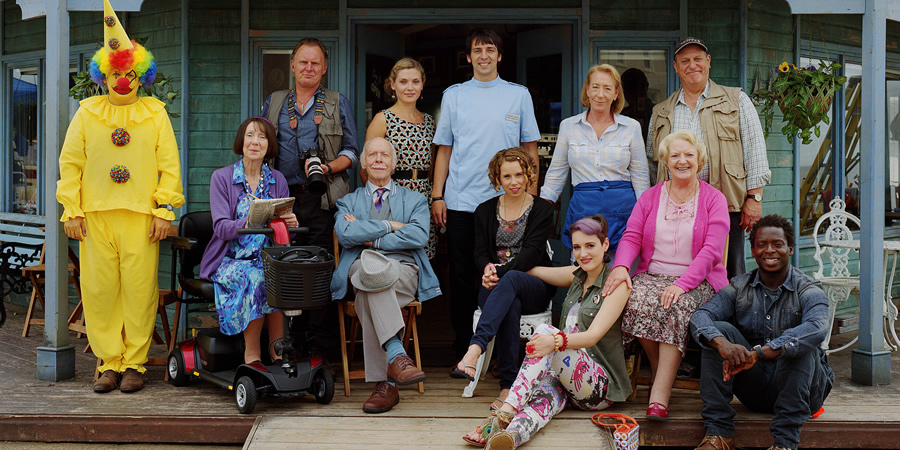 Sitcom set in and around a café in Weston-Super-Mare run by the generational trilogy of Mary, Carol and Sarah. Acting as the social hub of the seafront town, the café sees all walks of life pass through.

Sarah is in her late twenties and has recently returned home from London as she attempts to pursue a writing career. Many of her old school adversaries still live in the area and are frequent visitors to the café.

Richard, Sarah's former childhood sweetheart is a care home assistant by day and a musician by night whose feathers are ruffled when fellow class-mate and former love rival, John, now a successful events manager in London, returns to Weston to visit his elderly mother.

Chloe is Sarah's oldest friend who works in the local hairdresser and always looks on the bright side of life. Her father, Stan is a frequent visitor to the café due in the most part to his fondness for Carol. Carol, however, has more pressing matters on her mind as Brenda Keily, a local successful entrepreneur, threatens to take her family business away.

Also resident in Weston-Super-Mare are Ava, the polish receptionist at the hairdresser, and the Dobsons, regular customers at the café.

Other regulars who drop by include 'Big Issue Frank' and Weston-Super-Mare's very own living statue, Keiran.

At the end of the first series, Carol won her battle to keep the ailing 'Cyril's' open thanks to the support of her regular customers. Sarah received a writing offer she couldn't refuse but with her love rivals heading off in separate directions, viewers were left wondering - would Sarah fall for Richard or for John?

Series 2: New arrivals set to make waves in Weston include the surprise arrival of Carol's ex and Sarah's estranged father, Phil. Hopes of a rekindled romance between Sarah and Richard remain on hold as things between the latter and Ava get serious, and Chloe is in all sorts of trouble when she finds herself in a very complicated relationship.

Production company
Soundtrack
Theme tune is Beyond the Sea sung by Kathryn Williams.
Laugh track
None