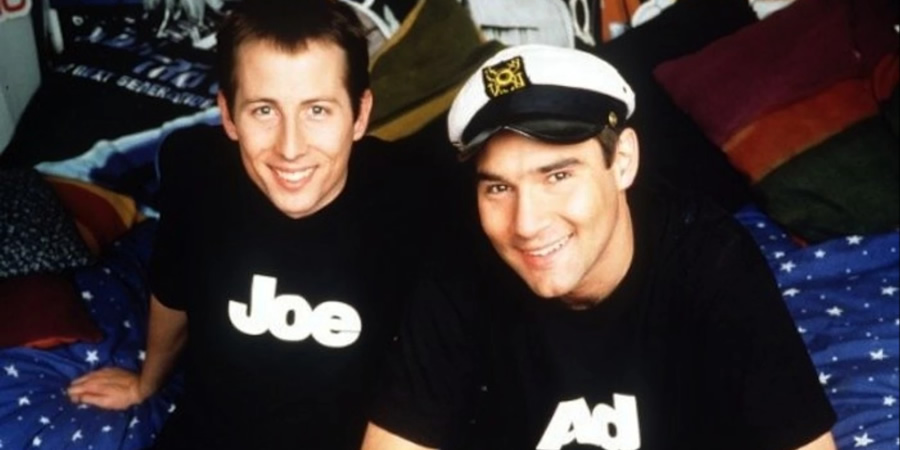 The Adam And Joe Show

The Adam And Joe Show was a late night comedy series looking at the world of pop culture. Filmed almost entirely from what was claimed to be the bedsit of duo Adam Buxton and Joe Cornish, the show featured a range of different sketches and routines.

Regular features included reworking films and TV series using stuff toys and Star Wars action figures; film "expert" Ken Korda (Buxton); Vinyl Justice - in which Adam and Joe would visit a famous rock stars and look at the record collection; and the experiences of youth culture as seen through the eyes of Adam's father Nigel, better known as 'Baaadad'.