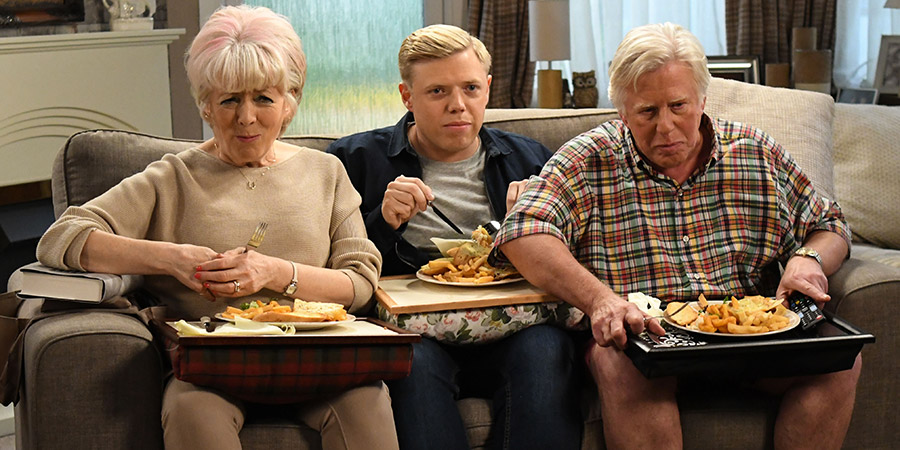 Static is a sitcom all about twenty-something Rob who jacks in a job in London to move back in with his parents in their southeast London family home, only to discover they've just sold the house and moved to a static caravan park in Margate.

Not only is Rob now jobless, but he's now having to live on a sofabed in his parents' caravan in a holiday park 80 miles from London whilst he figures out his next move.

It seems like a disaster to begin with, but his mum's delighted to have someone to cook for, and his dad's figured out how to get thousands of football channels on the telly. Before long Rob's getting used to being with mum and dad again, and through them he's quickly drawn into the world of the park, not to mention the extraordinary characters within it.

The question is - how quickly can Rob get back on his feet and back to London? And, as time goes on - how much does he really want to? Because despite the crippling FOMO Rob feels whenever he Facetimes his best mate back in the city, there's definitely some benefits to living like a retired person when you're in your twenties. Not least when there's a smart and sassy girl working behind the clubhouse bar.

Static is at heart a family sitcom - warm, working-class, multi-generational and broad, with acutely and affectionately observed characters. And some cracking nicknames.