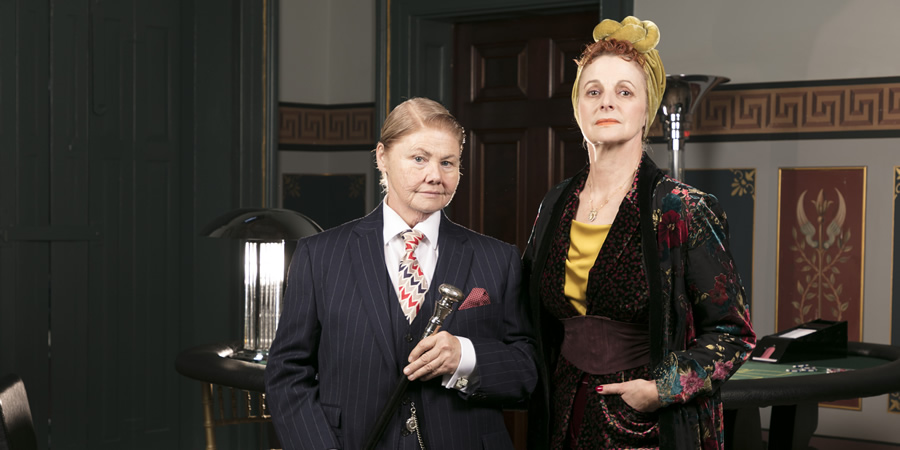 Series 2, Episode 7 - Nothing Will Come Of Nothing

Frank and Lu investigate a missing persons case at a casino, where gambling is a matter of life or death.

Devastatingly handsome compulsive gambler Lorenzo Foyle's luck may have run out - watching a spinning roulette wheel land on 13 black, he proclaims that he's a dead man.

Three days later, Lorenzo's pregnant wife, Ava, approaches Frank and Lu, desperate to find him. Frank wonders whether Lorenzo, who owes money all over town, has left her, but Ava's adamant he was excited at the prospect of fatherhood.

When a pound of flesh in the form of a heart is sent to The Globe Casino "from Lorenzo", Ava's horrified, although proprietors Ms King and her sister Queenie think it's a practical joke from the local lothario. With conflicting stories about Lorenzo's disappearance not adding up, Lu and Frank delve in to the world of high stakes gambling at the casino, and must take a chance with their own lives to uncover the truth...