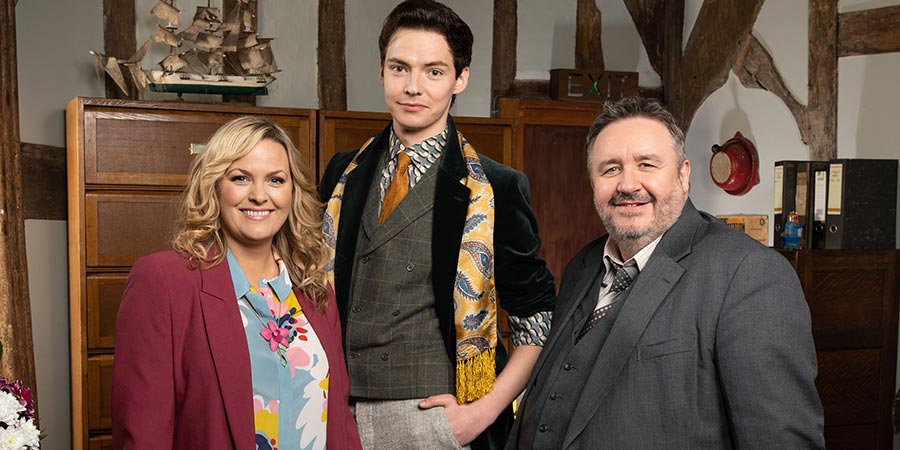 Comedy drama about an oddball pair of private detectives

A comedy drama about an oddball couple of private detectives who investigate crime in Stratford-upon-Avon.

The series observes as Frank Hathaway, a hardboiled private investigator, and his rookie sidekick, Lu Shakespeare, form the unlikeliest of partnerships as they investigate the secrets of rural Warwickshire's residents.

Beneath the picturesque charm lies a hotbed of mystery and intrigue: extramarital affairs, celebrity stalkers, missing police informants, care home saboteurs, rural rednecks and murderous magicians, embezzling accountants and abducted au pairs, blackmail, comp claims and custody cases, all-night stake-outs and professional hits. Our odd couple of detectives will put the world to rights as they snoop and pry. They disagree on almost everything, yet somehow, together, they make a surprisingly effective team. Although they would never admit it.