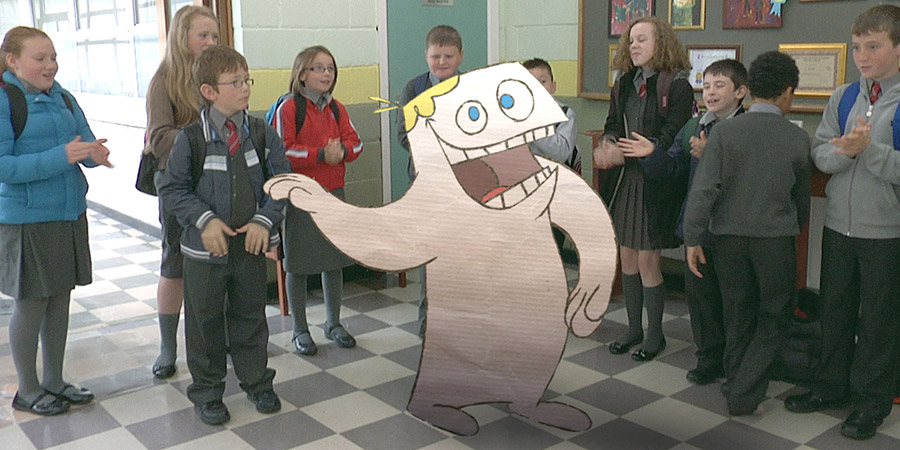 Roy features a living cartoon trapped in the real world.

This comedy, filmed as a fly-on-the-wall documentary series, combines hand-drawn animation with real-world drama as it follows how one boy struggles to fit in.

How do you blend in with the crowd when you can squash and stretch, involuntarily turn blue when you're sad, green when you're jealous, and produce a flock of twittering birds when you get a bump on the head?