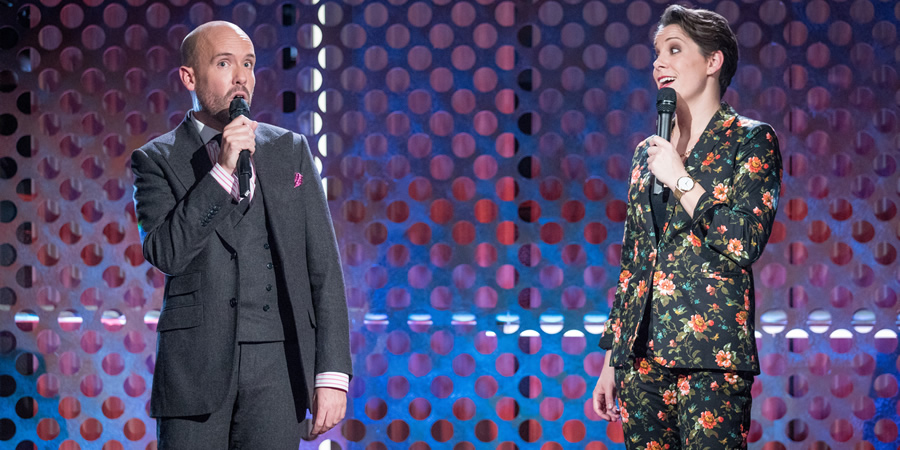 Some of the sharpest wits in British comedy go up against one another, with participants attempting to humorously 'take down' their opponent to win the 'battle'. It's Tom Allen v Suzi Ruffell and Phil Wang v Ed Gamble.
Preview clips

Suzi and Phil were the winners. The joke of the episode was declared as Phil Wang's "Ed's girlfriend is such a dog I tried to eat her".

Tom and Suzi don't hold anything back.

The problem with roasting a "Chinese comedian"...

Tom Allen dresses as a Victorian

Your girlfriend's such a dog...

Ed and Phil don't refrain from hurting each other's feelings as they go head to head.