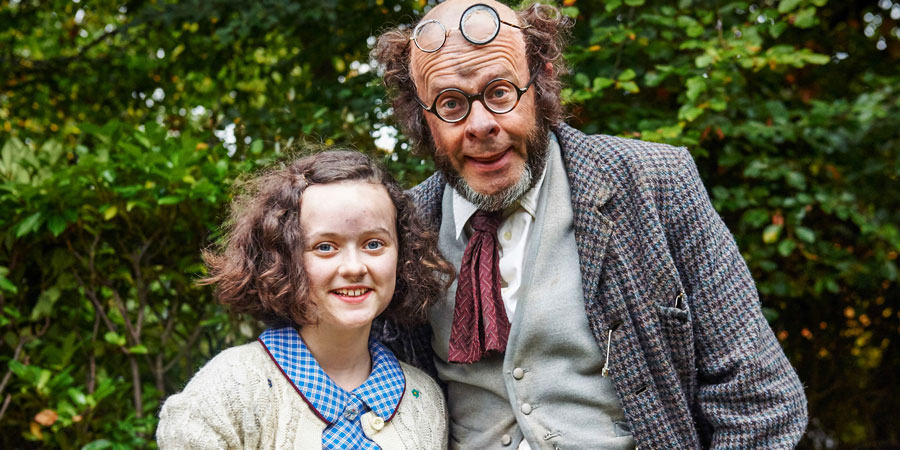 Harry Hill brings Professor Branestawm to life, the original mad professor; an absent-minded inventor who is oblivious to the chaos his ridiculous creations cause when they go wrong (which they always do).

If it weren't for the efforts of his long-suffering and highly-strung housekeeper, Mrs Flittersnoop, and his dim but loyal best friend, Colonel Dedshott of the Catapult Cavaliers, the professor would long ago have blown himself to smithereens.