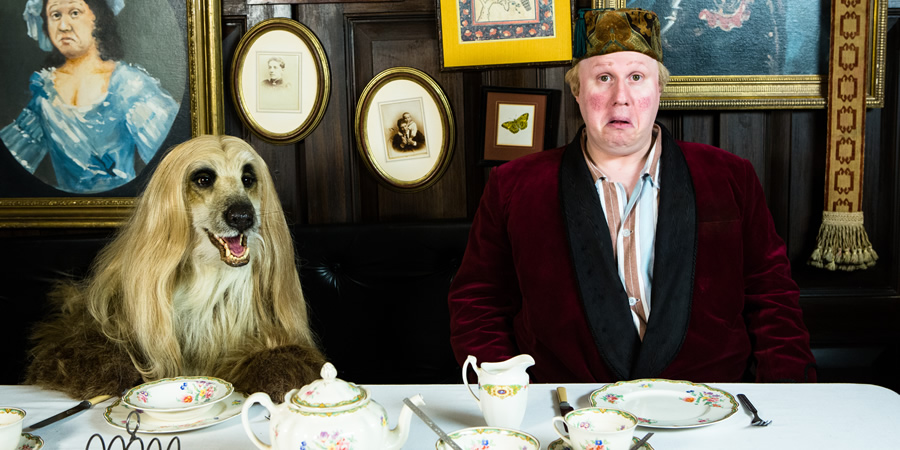 Dialogue-free sitcom starring Matt Lucas as an elderly, oddball aristocrat who has fallen on hard times

Pompidou is an elderly oddball aristocrat who has fallen on hard times. He lives in a clapped-out old caravan parked in front of his now crumbling estate.

Pompidou is a tubby, pompous, penniless, eccentric, yet ultimately lovable aristocrat. He is served by his loyal butler Hove and the pair are joined by Marion, an elegant Afghan Hound.

Each week, Pompidou and Hove face a new challenge, from stealing back a priceless bowl they once owned, to extracting a live bird which has flown into Hove's mouth and is nesting in his stomach.

Matt Lucas says: "I'm delighted to be back at the BBC with another show full of new characters - however, unlike Little Britain and Come Fly With Me, this one has no dialogue at all. I've always been a huge fan of the visual comedy of Charlie Chaplin, Laurel & Hardy and of course, Mr. Bean.

"I've been working for a while with two great writers - Julian Dutton and Ashley Blaker - to create a bunch of new faces which we hope will appeal to audiences in Britain and beyond. At the centre of it is Pompidou himself, an elderly aristocratic English oddball who has fallen on hard times but who remains upbeat and resourceful."