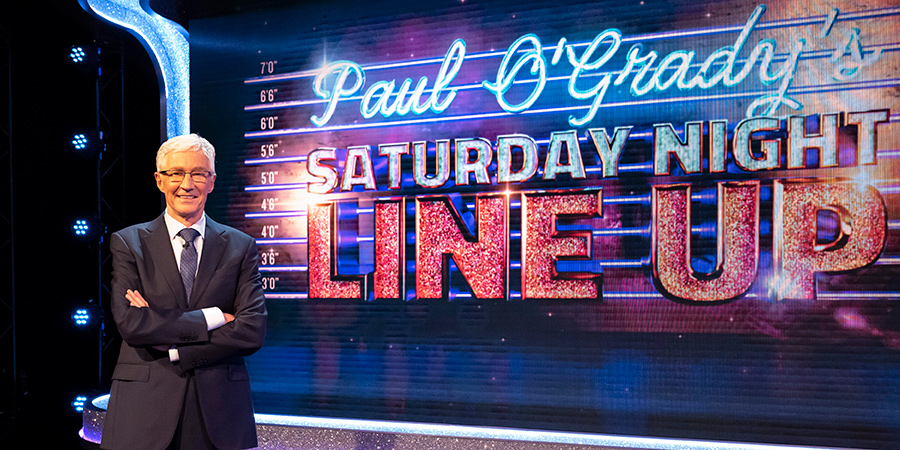 Paul O'Grady returns to Saturday nights with this comedy entertainment show, asking much-loved celebrities to pit themselves against each other, to find out what the great British public really thinks of them.

The glittering studio-based series features four celebrity guests every week from the worlds of TV, film, sport and music and throughout the show, the famous faces are asked to literally line up in order of best to worst or most to least, in response to a variety of questions, scenarios and dilemmas presented to them by Paul.

Who is the richest? Who is most likely to have a midlife crisis? Who would the public most want to go on date with? All of the scenarios presented to them are guaranteed to provoke surprising revelations and sparks of rivalry between the celebrities as they
compete to correctly guess where the public would place them in relation to the question.

To win a point, the celebrities have to try to match their position in the line-up with the order that the surveyed 1,000 members of the British public have put them in. But how well do they know the public's perception of them?

Host Paul will play ringmaster and is never short of a story himself. He will be giving his showbiz guests a run for their money when it comes to hilarious anecdotes, whilst bringing a bit of mischief to the proceedings.

At the end of each show, the celebrity guest with the most points is the winner and will receive a Mystery Prize from Paul!