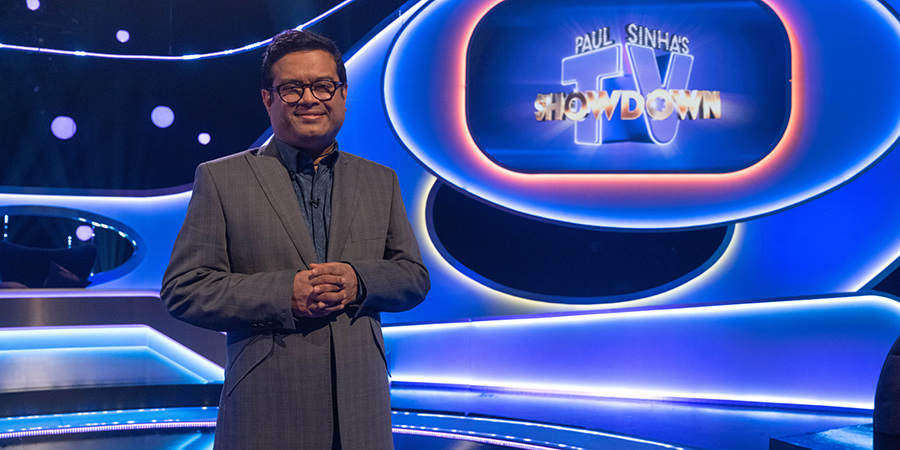 Featuring clips from the best-loved shows, adverts and music videos from today and recent decades, Paul Sinha tests the teams' knowledge of what's on the box, from Blind Date to Bake Off and everything in between.

Round 1 sees contestants answer questions based on a clip. Round 2, they must identify a TV star based on a set of clues given by a celeb guest. In Round 3 team members pick a category and each answer a question based on that. The fourth round sees each panellist face their own set of questions in a quick-fire Q&A round, before scores are totalled and the winning team is announced.

It's one thing to be on the telly - but it's another to know your stuff about it!

This show is officially based on the Telly Addicts format.