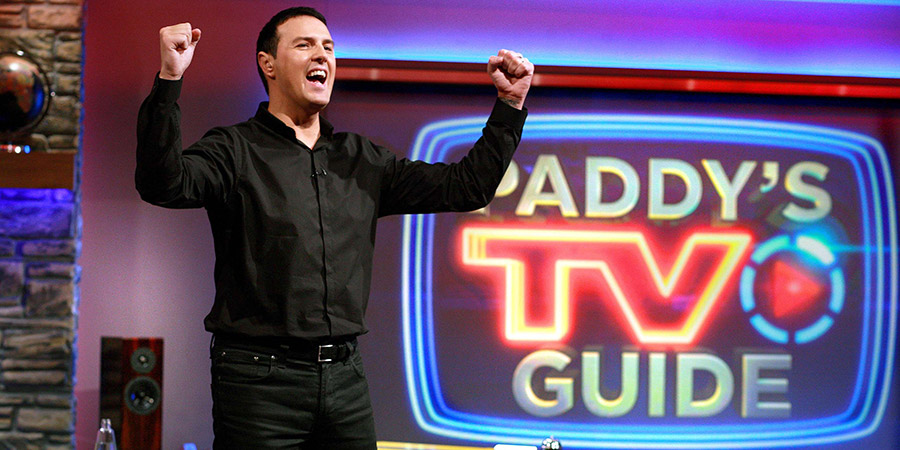 Each week he uses his 10-foot plasma TV to offer a guide through life, by exploring everything from romance to family to fitness. It all takes place in his glamorous Bolton pad where he shows us the good, the bad and the ugly from the world of television, with hours of rarely seen TV that he's recorded on his 'Paddy Player'.

But Paddy doesn't just focus on modern TV, he's also been searching the archives for TV gold from the past.