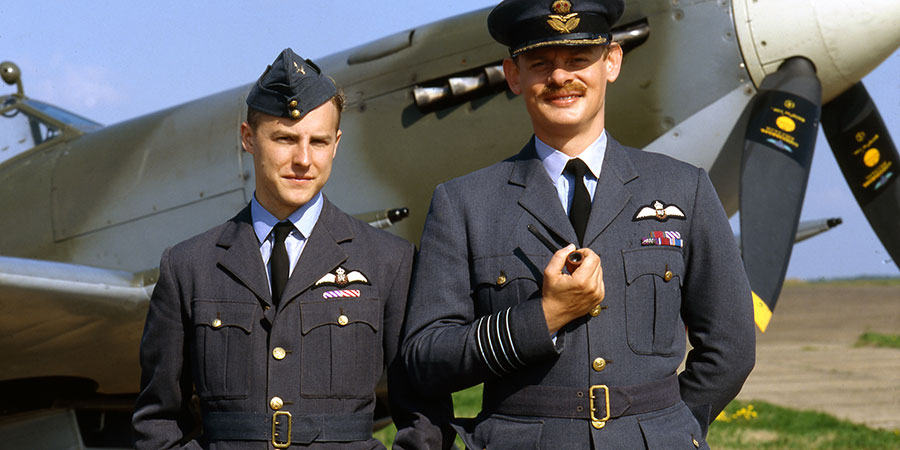 Comedy drama set at an air-base in East England in 1942, when an RAF Spitfire squadron is joined by the first USAAF recruits

Based on an idea by Ernest Maxin, 'Buddy & Chum', Over Here is a comedy drama about the first group of American Air Force recruits to arrive in England in 1941.

Everything is running smoothly at first: the USAAF base is ready weeks ahead of schedule, and America's finest are heading across the Atlantic to man it. Unfortunately, just hours before the first squadron's arrival, a surprise Luftwaffe raid leaves the base destroyed, and the British forced to squeeze as many Americans as possible into nearby RAF Lytchmere.

Problems for the Allies don't end there, as a miscommunication leads Spitfire Squadron Leader Archie Bunting to almost shoot down the Americans' transport plane. Relations between the two sides are strained even further due to a series of cock-ups, not to mention the actions of the well-meaning but naïve and untactful new arrivals.