Kieran Hodgson will front a new comic documentary for Channel 4.

After his one-off 2019 special How Europe Stole My Mum, a comic look at issues around Brexit co-starring Harry Enfield, he will front How We Forgot To Save The Planet with Morgana Robinson.

Robinson, currently appearing in Channel 4's twelfth series of Taskmaster, joins the stand-up comedian to "explain how people may have left it too late to save the planet - and what it will take to fix it".

Actor, writer, stand-up and Inbetweeners alumnus Simon Bird will also appear in the programme, as well as actor Laura Lovemore.

The special has been made ahead of the UN COP26 summit on climate change - the 26th annual 'Conference of the Parties' meeting on the subject - which will be held in Glasgow between 31st October and 12th November, attracting global political leaders to the city. 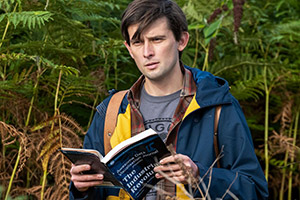 How We Forgot To Save The Planet

Joe Lycett Vs The Oil Giant