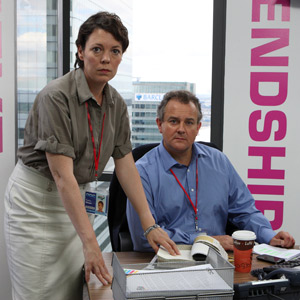 The rights package deals with BBC Worldwide and Channel 4 include more than 150 hours of broadcasting content in total, across 10 comedy and drama series.

Launching on Freeview channel 8 and other platforms in early 2014, London Live's acquisition strategy is to buy content set in the city that will appeal to its target 16-34 audience. The repeats will be broadcast in the channel's peak entertainment slot at 9pm, to sit alongside new commissions that are due to be announced in coming weeks. One new show, Meet The McKenzies, has already been revealed.

Jonathan Boseley, Head of Programming at London Live, says: "This amazing content shows we mean business as an entertainment channel for young Londoners. These well-known and popular shows will draw audiences into our peak schedule and provide a halo for our own commissions from launch and beyond."

Channel 4's Laurence Dawkin-Jones commented: "Through this content partnership with London Live, we're delighted that some of our iconic London-based shows such as Peep Show and Misfits, have a new platform for more viewers to enjoy them."

The channel is owned by Russian-born businessman Evgeny Lebedev, now a British citizen, and owner of The Independent newspaper with his oligarch father, Alexander Lebedev. The pair also own London's daily newspaper, the Evening Standard, under whose umnbrella the channel will be run.

London Live is due to launch on Thursday 6th March 2014.