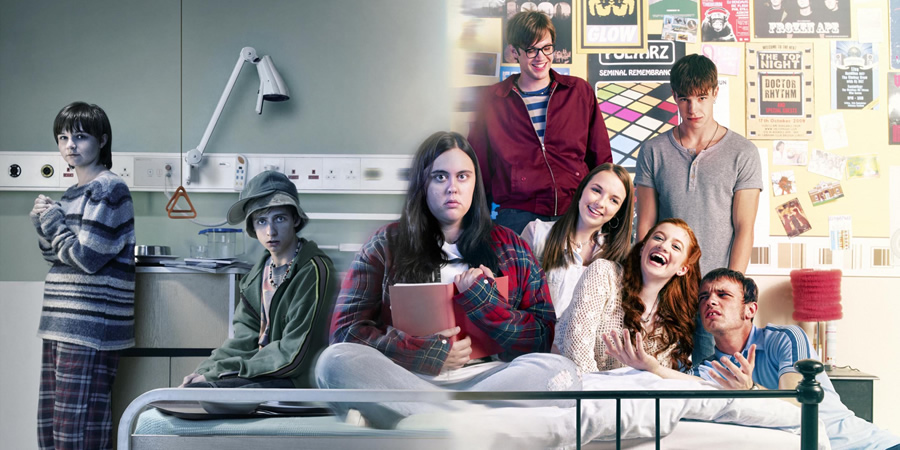 Set in the mid-90s at the height of cool Britannia, My Mad Fat Diary takes a funny and honest look at life from the perspective of Rae - a funny, music-mad teenager who, despite an eccentric mother and her own body image and mental health issues, has a huge lust for life, love and trying to get laid.

Rae has just got out of a psychiatric ward, but she still sees Dr Kester Gill, an unconventional therapist who is trying to help her fully return to 'normal'.

My Mad Fat Diary is adapted from Rae Earl's real-life diaries and subsequent book My Fat, Mad Teenage Diary. The series is written by Tom Bidwell, a previous alumnus of Channel 4's talent scheme Coming Up, and Oscar-nominee for his short film Wish 143.

Series 2 kicks off at the hazy end of the long hot summer of 1996, just after Rae has finally revealed the truth about her mental health to her gang of friends and shared that moment with object of her lust, Finn. Things are pretty much as good as they get in Lincolnshire. But there's something looming on the horizon which threatens to disrupt the glorious status quo... college.

Determined to put her days as a psychiatric patient behind her Rae is hoping college will be her fresh start. But the thought of starting somewhere new, surrounded by cool girls and brutal boys, is frankly terrifying. Rae also finds herself in scary new territory with Finn. Could he be interested in being more than friends? If so, it's all she's ever dreamed of - so why is she freaking out so much?

And home life is as unpredictable as ever... now that Rae's Mum has married toy-boy Karim she's acting even more irrational - if that's even possible.

Series 3 concludes the show. We re-join a suited and booted Chloe, a freshly tattooed Chop, the ever-sweet Izzy, and Mr University, Archie. Love-muffin, Finn, will also be making a comeback. Shakespeare In Love wasn't the only Oscar-winning romance of '98...