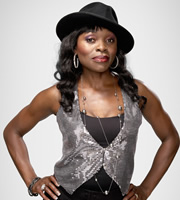 Shalondra is glamorous and a great mum - and like all great mums she messes up sometimes. She doesn't always get things right but she certainly tries to do what's best for everybody.

She's caring, very talented and always looks great - first thing in the morning and last thing at night, Shalondra looks fantastic. She's a mum with false nails who likes to bake cakes - they're quite a rare breed. 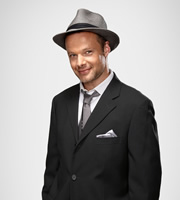 Gary is a loveable, intelligent and musical father. However, he's also prone to getting extremely worried about the family being late or things going wrong.

He's the son of a famous rock star so his childhood was spent watching heavy metal freaks throwing TVs out of hotel room windows and being left behind in Germany halfway through a European tour! So he's developed an absolute obsession with wanting to keep his family together. His family is everything. 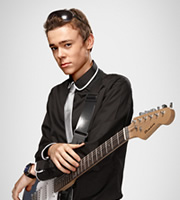 Hadley would like to think that he is the bad boy of rock and that he's the hardest celebrity there is, but in reality he's so far from it.

He's incredibly paranoid and is always checking himself in the mirror. His mum's constantly looking after him and his dad tucks him into bed each night.

He's got far too much going on his head at once. He's trying to keep up with this celebrity persona, when all he really wants to do is sit in his room and fold up his socks! 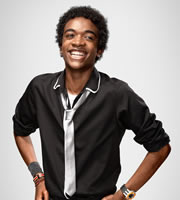 Isaac is not slow but, if we're honest, the world does somewhat goes on around him and he's not really tuned in.

Isaac's the drummer in the band. He's a bit like 'Joey from Friends' - he eats quite a lot and he's the one that's a bit behind everyone else. 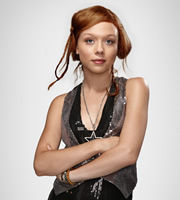 Toyah is a Grade A in absolutely everything. She's a 15-year-old with OCD, a perfectionist and a musician. Her OCD was probably because her mother died when she was very young and it's her way of having control over that situation.

She's very controlled and quite geeky. She's new to boys and she has no idea what to do when handling crushes. 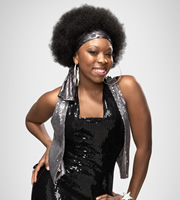 Aretha is one of the most ambitious teenagers you'll ever meet. She decided she's going to be a massive singer and performer, like a mini-Beyonce. She's a diva and nothing will get in her way. 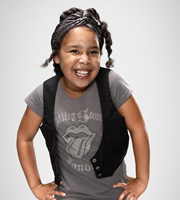 Martha is the one who sorts out all the problems.

She's funny and sometimes bosses the others around.

Martha is an independent mixed-race deaf child. As Gary and Shalondra's only child together she is the link gelling the family. 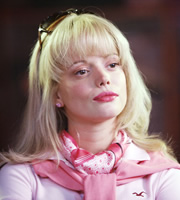 Annabelle hasn't really had a typical upbringing, she's been in the spotlight from a very young age and the relationship she has with her mother is more professional than personal. So she hasn't got a solid grounding - she's not used to genuine love or friendship.

Annabelle comes across as a tough cookie, you definitely don't mess with Annabelle, but beneath all that hard exterior is actually someone who wants to be loved. She has some nasty moments but it's all a defence mechanism. 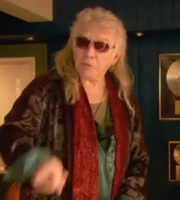 Terry is Gary's rock star dad. He's an old rocker who used to be in a band called Glamasaurus. With long flowing locks he's a big kid himself who's always trying to prove his youthfulness - whether it's by playing a hugely-amplified guitar while doing scissor jumps off the dining table or muscling in on the kids' rehearsal time with his ear-splitting rebel yell.

The family lives in Terry's house but he spends most of his time in a tour van on the road where he's been working on his rock-opera comeback album for the past 30 years. Just don't call him grandad... 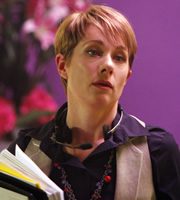 Jill lives vicariously through her daughter, but there's no motherly love or tenderness here. Annabelle's career and the amount of money she's making is Jill's only concern. There's no love lost between Jill and the Swanns, but she recognises having them on her daughter's show is a necessary evil.